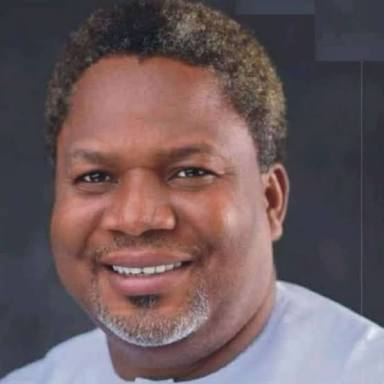 The state had recorded 66 new cases of the pandemic on Sunday.

Already, the speaker has shut down the Assembly complex in Makurdi while proceeding on self-isolation with the other affected lawmakers as well as his son in line with the NCDC protocol.

The Speaker in a statement by his Chief Press Secretary, Luben Tiav said the lawmaker was in high spirit.

The statement by the speaker’s media aide released on Monday read in parts, “Speaker of Benue State House of Assembly Titus Uba received his COVID-19 results on Saturday and tested positive. All the speaker’s household whose samples were tested for the dreaded disease came out negative except the speaker and his last son.

“According to the results, he is asymptomatic but stable, hale and hearty, in high spirit and has since commenced full treatment in self-isolation according to the protocol and advice of medical professionals.”

“The Assembly by virtue of its official functions and constituency responsibilities stand the natural risk of exposure to carriers of the virus despite the adherence to personal hygiene and COVID-19 safety protocols, and just like every other public worker, it is an occupational hazard that comes with service.
“The affected members have immediately gone into self-isolation and full treatment on them has commenced in line with COVID-19 protocols. While Rt Hon Uba and Hon Gbiseh are without symptoms they are at the moment assisting the NCDC in contact tracing.”