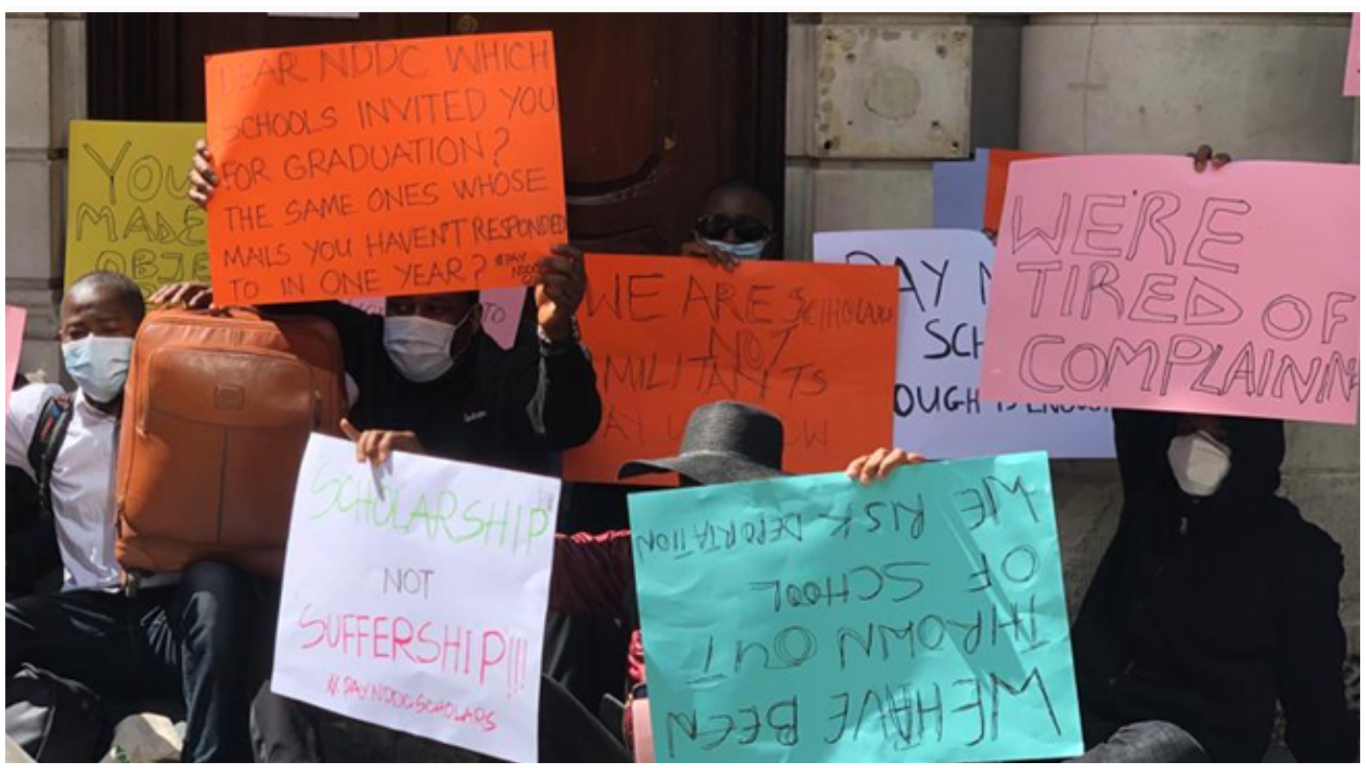 Apparently disturbed by the bad image their protest at the Nigeria High Commission office in London may have attracted for the country before the international community, President Muhammadu Buhari on Tuesday asked the Niger Delta Development Commission (NDDC) to pay its scholarship beneficiaries studying abroad.

The commission in a statement by its Director, Corporate Affairs, Charles Odili, titled ‘NDDC invites President Buhari to Commission Signature Project’ said the directive to make the payment was conveyed through the Minister of Niger Delta Affairs, Godswill Akpabio.

Following the directive, the commission pledged to pay scholars who are facing hardships abroad because of the non-remittance of their fees and stipends by the end of the week.

Odili in the release further explained that the delay in the remittance of the fees was caused by the sudden death of Chief Ibanga Etang, the then Acting Executive Director, Finance and Administration, EDFA, of the Commission in May.

“With the death of Chief Etang, the remittance has to await the appointment of a new EDFA.