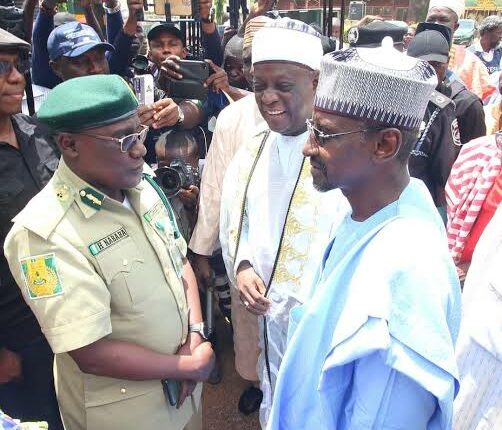 Like Justices, the job of the State Security Services (SSS) is a difficult one just as it is hardly appreciated even when the Service try to give clues to possible dangers. It was quite a disturbing news on Tuesday, July 26, 2022 when the Deputy Speaker of the House of Representatives, Hon. Idris Wase announced at pleneray of the lower chamber of the National Assembly that he read 44 intelligence reports submitted by the SSS to the relevant authorities but were not acted on before the attack on the Kuje Medium Security Correctional Custodial popularly called Kuje Prison. 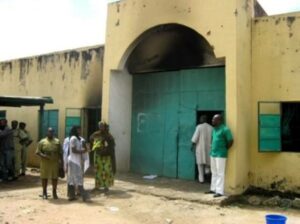 The revelation completely put a lie to the position adopted by the Minister of Police Affairs, Mohammed Dingyadi, who said on national television that the terrorists who attacked the Kuje Correctional Centre in the Federal Capital Territory (FCT), succeeded largely due to their superior fire power.

Most disturbing from Dingyadi’s comments was the fact that his assertion preceded the outcome of the National Security Council (NSC) meeting presided over by President Muhammadu Buhari at the State House Villa in Abuja.

It was quite heartrending that the Minister boldly declared that the security personnel at Kuje Prison facility did their best but were subdued by the terrorists’ superior weaponry during the attack. And to every discerning mind, this submission clearly speaks volumes about the challenges facing the Nigerian state in protecting and securing the lives and property of its citizenry. 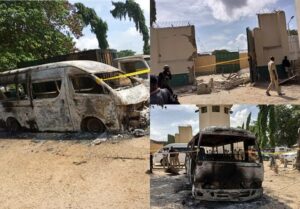 With reports in the public space that adequate intelligence was obtained with necessary advisory from official as well as non-official sources particularly the DSS, it therefore beats ones imagination where lies the fault. Concerned over the development, the Deputy Speaker of the House of Representatives, Hon. Idris Wase disclosed at plenary of the legislative chamber on Tuesday, July 26, 2022 that he personally read 44 Intelligence reports that were compiled and submitted to the relevant agencies by the State Security Service also known as the DSS. It is therefore befuddling for the Minister to have relate the unfortunate event by saying that the raid occurred; “because nobody anticipated it, and the few people could not withstand the number that they came with. I think that’s what happened”.

Also, if reports are true that the attackers operated within the Correctional Centre for about three hours, then Dingyadi’s submission that; “I think what helped them was the number of people they came with and the superior weapons they had” is most unfortunate coming from an official who should be taking responsibility for failing in his duties to react appropriately in the circumstance.

More so, by its security architecture, the FCT is structured in such a manner that security back-up to access any point of attack within the nation’s capital can only take between 30 to 45 minutes all things being equal. Therefore, this reality effectively punctures the official submission that the attackers successfully operated and escaped before reinforcements could arrive at the Correctional Centre.

In the aftermath of this regrettable incident, one cannot ignore the observations about insiders’ compromise in the security system; lack of Closed Circuit Television (CCTV) cameras in Nigerian correctional centres; and poor utilisation of intelligence reports diligently accessed and issued by the DSS. It is worrisome that while an arm of the security agencies, the DSS carried out its expected role and timely too, its efforts were not complimented by others. This was the point the President of the Senate, Ahmad Lawan insightfully posited that; “The attack on this correctional facility is symptomatic of security failure. The attack is only a culmination of the failure and could only have been possible with the collaboration of insiders within the nation’s correctional system.”

Lawan’s disappointment after assessing the Medium Security Custodial facility, was further expressed thus; “We were told that an estimated 300 terrorists attacked this facility. They came on foot, and I believe they should have been detected. In the first place, 300 people will not come for an operation like this without planning. Planning must have taken a week, a month or a bit more”.

Arising from these postulations by Nigeria’s number three citizen, the question that necessarily must be asked is: “For how long would Nigerians continue to entertain the avalanche of failed promises and assurances of their safety and secured environment as mouthed by the Police Affairs Minister when he said; “We are assuring the nation and Nigerians in general that arrangements have been made to ensure that full investigations are carried out to ensure that a repeat of these incidences will not occur.”

Agreed that in addressing security issues, absolute care needs to be taken as not to give out details of what has been done; being done; and is to be done, but there is an urgent need to clearly assure Nigerians, with concrete proofs, that the government is on top of the situation in securing their lives and property nationwide.

The point remains that no matter the existing and emerging security challenges in the polity, the government and all its security apparatuses cannot afford to display helplessness or incapability in confronting the situation headlong and finding lasting solutions to the growing insecurity in the country.

As key stakeholders in the Nigerian project, it is not too much for citizens to demand that the Federal Government move to start holding public functionaries accountable and responsible for the offices they occupy.

Nigeria should be a country where Mr President would not have to be “surprised that what happened to Kuje Prison actually took place in spite of the advanced intelligence reports by the DSS and all the security arrangement that has been made to ensure that such an incident does not happen” as conveyed by the Police Affairs Minister.

Truth be told, the country is not lacking in intelligence gathering by the relevant agencies as exemplified by the DSS. The challenge clearly has to do with using the available information purposefully to arrest any untoward situation before it occurs or when the need arises.

Yes, our desire is boasting of a country where intelligence would be given priority attention and proactive measures always taken to ensure that the citizens are well secured and protected at all times.

Moving toward May 29, 2023, being the terminal date of the Muhammad Buhari’s presidency, the minimum standard from the government should be its commitment and resolve to create the much needed secured environment and conducive atmosphere for a credible; peaceful; and transparent elections next year.