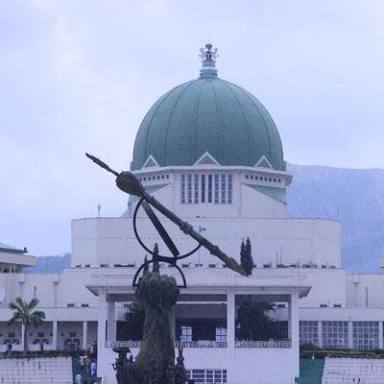 ‎The National Assembly on Thursday urged the anti-SARS protesters to end their protests on the streets.‎

Senate President, Ahmad Lawan, who made the call, said calling off the protests would enable the Federal Government to work on the implementation of the protesters five-point agenda.

Lawan also asked President Muhammadu Buhari to expedite actions on the reform of the Nigeria Police for peace to reign.

The Senate President spoke after the Senate Leader, Yahaya Abdullahi, briefed the plenary on the outcome of his meeting with #EndSARS protesters on Wednesday.

The protesters had blocked the National Assembly entrance forcing Lawan to ask Abdullahi and the Minority Leader, Enyinnaya Abaribe, to meet with them.

Lawan said, “The government has responded, the Special Anti-Robbery Squad has been disbanded. All the five demands of the protesters have been accepted. Since such demands have been accepted, then we should expedite action to actualise them.

“I believe that when protesters’ demands are met, their goals should have been achieved. Therefore, there’s need for our compatriots to go back home and give government the chance to quickly and expeditiously implement those demands.

In the same vein, Speaker of the House, Femi Gbajabiamila, said ‎Buhari, the Inspector General of Police, Mohammed Adamu, and the House had addressed the reason behind the protest.

Gbajabiamila said the ongoing #EndSARS protests had exposed the weak policing structure of the country.

The Speaker made these remarks on Thursday when the House inaugurated its Special Committee on the Review of the 1999 Constitution.

Gbajabiamila said, “For those of us who are out there, we must be careful not to lose the plot. The Inspector General of Police (Mohammed Adamu) has heard you and he has spoken. The House has spoken, even before now, and continues to speak. The President  has been unequivocal and spoke clearly. It is now time to sit back and see what happens.

“The simple truth is that we have a police that doesn’t have the trust of the people and a policing system that doesn’t make for productive partnerships between the police and the communities they serve.”‎

36 states, FCT to set up panels of inquiry on police brutality‎