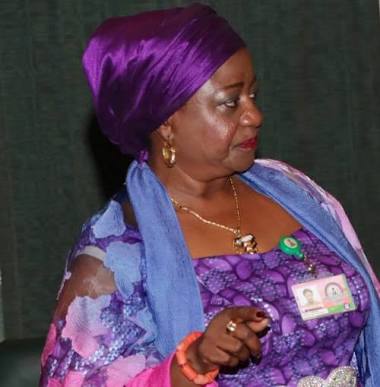 The Christian Association of Nigeria on Thursday opposed the nomination of a presidential aide, Lauretta Onochie, as a national commissioner of the South-South in the Independent National Electoral Commission.

In a statement, CAN President, Dr. Samson Ayokunle, describing Onochie’s nomination as “an executive recklessness, a dirty slap on the populace, and a gross violation of the 1999 constitution”.

CAN also called on the Senate to reject her nomination.

Ayokunle said, “As far as CAN is concerned, Onochie suffers objectivity, justice and fairness that are mandatory for every member of INEC as a result of her partisan membership of a political party and by being an appointee of the ruling party.

“We are equally opposed to her nomination because of her unguarded remarks, public insults on credible individuals and the use of vulgar language and unprintable words against people who express their displeasure to some actions and policies of the government of the day, especially, her principal.

Nwagwu said the 1999 Constitution expressly provided that the National Electoral Commissioners of INEC shall be non-partisan and persons of unquestionable integrity, who shall be nominated by the President.

Tambuwal, who spoke while swearing-in members of the Sokoto State Electoral Commission in Sokoto, said Onochie’s nomination was morally wrong.