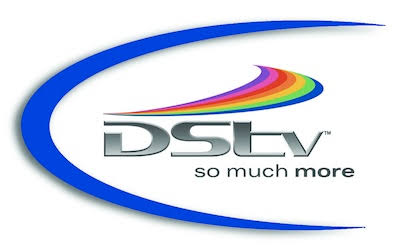 ‎MultiChoice Group, the parent company of the DSTV, on Monday said it increased its subscription tariffs due to the recent hike in Valued Added Tax, as well as poor power supply in the country.

The company which bemoaned the high cost of production in the country, also lamented increment of the pump price petrol and diesel with which it runs its operations.‎

‎MultiChoice pointed out that it was also facing economic hardships like the average Nigerians.

‎The company stated that while Nigerians were criticising it for not giving palliatives to its subscribers, it supported the Federal Government with N1bn to fight the COVID-19 pandemic.‎

Managing Director/Chief Executive Officer of MultiChoice Nigeria Limited, Mr John Ugbe, said these when he appeared before the House of Representatives’ Ad Hoc Committee Investigating the Non-Implementation of ‘Pay As You Go’ Tariff by Satellite Broadcast Service Providers.‎

The House had set up the panel on March 17 to investigate DSTV and other cable television service providers in Nigeria.

The House had also on June 2 passed another resolution mandating the panel to invite DSTV to explain its tariff increment on June 1.

At the investigative hearing on Monday, Chairman of the committee, Mr Unyime Idem, in his opening remarks, noted that the probe was based on protests by Nigerians against DSTV’s tariff hikes.

But, responding, Ugbe said Nigeria was tough environment for a lot of reasons.

“When we did the price adjustment, it was in response to the new Finance Bill (now an Act) and if you look at it, you will see that we were even late in making those changes.

“The adjustment at that time was just as a result of the new Finance Bill. The committee is also aware of the increase in the cost of living, petrol, diesel; these are very basic inputs that go into our service.

“We are part of the broadcasting industry that did not shut down for one day; we had to keep everything running.”

Speaking on the ‘Pay Per View’ option, the MultiChoice boss said, “Telecommunication companies can offer ‘Pay As You Go’; you can stop and start. Unfortunately, that is not the model in broadcast industry.

“You must also accept that we have to buy these services, repackage them and resell, and you cannot be selling differently from where you buy.”

Members of the committee, however, disagreed with Ugbe, faulting the timing of the increment and accusing the company of pushing the pressure it was facing back to its subscribers.‎