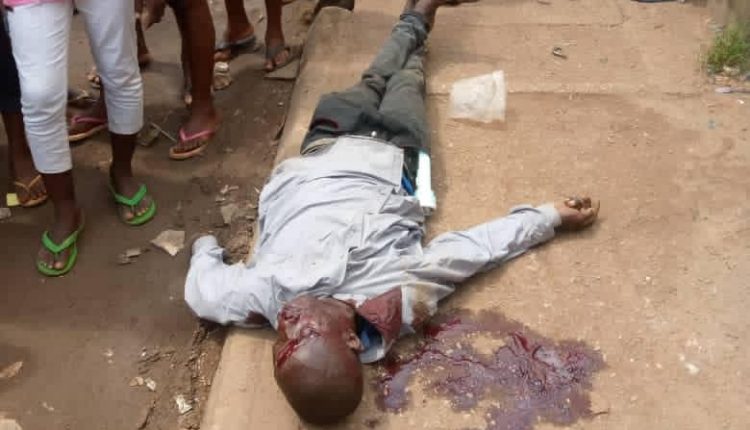 #EndSARS: One Die, Five on danger list as protesters, hoodlums clash in Benin

At least one person has been confirmed dead while no fewer than twenty persons have been seriously injured in a bloody clash between #EndSARS protesters and suspected hoodlums at the airport road in Benin, Edo State.

The Ogbe youths who were said to be revenue collectors for Oredo local government, allegedly attacked one of the protesters with planks, irons and bottles to an unconcious state
The deadly clash degenerated when both sides resorted to free use of fire arms and other dangerous weapons

The deadly clash which spread to other streets within Ogbe including Adesogbe, Plymouth, Ekpenede streets and parts of Oba Market street, hindered vehicular and pedestrian activities for hours.

As at press time, victims of the attack have been moved to Central hospital while while the livless body of an unidentified middle-age was yet to be conveyed to mortuary

Edo Police PPRO Superintendent Chidi Nwanbuzor could not be reached as he refused to pick calls put across.
some hoodlums took advantage of the bloody clash to loot goods and other edible items at Oba Market.