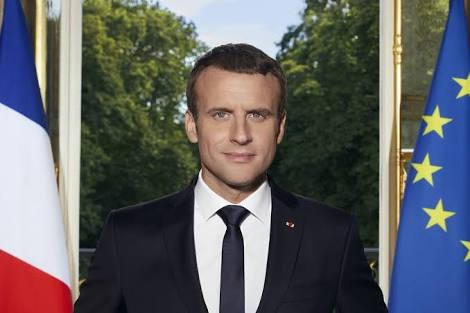 Macron urges Europe to stop depending on US arms‎

‎
‎French President Emmanuel Macron called for Europe to end its dependency on American weapons systems as he made a renewed pitch for the Continent to take control of its destiny.

In a debate with students at the University of Vilnius in Lithuania Tuesday, he made a plea for Europe to take on a more independent and assertive role in the world — subservient to neither Washington nor Beijing.

“We, some countries more than others, gave up on our strategic independence by depending too much on American weapons systems,” Macron said at the debate. “We cannot accept to live in a bipolar world made up of the U.S. and China.”

Despite the recent poisoning of Russian opposition leader Alexei Navalny, Macron also defended his policy of engagement with Vladimir Putin during meetings with both the Lithuanian and Latvian presidents, whose countries remain highly wary of Russian power.

“We are conscious of your neighborhood as well as your history and it is in this spirit of mutual understanding and transparency and of protection of your security that we wanted to contribute to relaunching a strategic dialogue with Russia,” Macron said in a statement to the press alongside Latvian President Egils Levits, after arriving in the capital Riga Tuesday evening in the latest stop on a three-day Baltic tour.

“This dialogue doesn’t deny any parts of our European histories, but wants to face our history and our geography.”

French and other European officials have long called for the EU to develop greater military capacity. But the EU’s actions have often failed to match the rhetoric.

The European Commission has made a push in recent years to get EU countries and arms firms to work together on common projects, setting up a European Defence Fund to foster cooperation on research and development of military technology and equipment.

But those plans suffered a setback when EU leaders — including Macron — agreed in July that the fund would receive far less than the Commission had originally requested. The leaders signed off on funding of just over €7 billion over seven years as part of a deal on the bloc’s long-term budget — about 40 percent lower than the €11.4 billion the Commission first proposed.

The budget deal also slashed a Commission plan to spend €5.7 billion on military mobility — to allow troops and equipment to move around the Continent more easily — to approve a final figure of €1.5 billion.‎