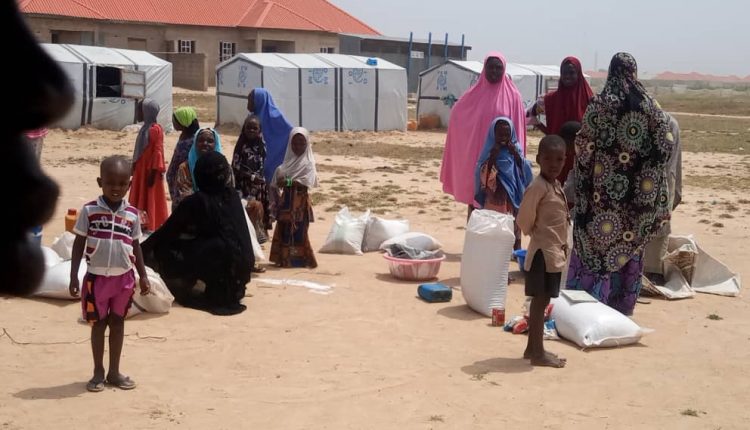 Food items have been shared to 38,000 internally displaced persons (IDPs) households in Borno State for the month of October. 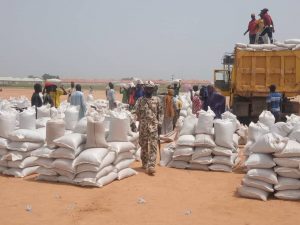 A statement on Thursday by the spokesman of the agency in North East, Abdulkadir Ibrahim said the food items were distributed by the Head of Food distribution team for Borno state, Flt. Lt. Umar Sani who represented the Director General during the exercise which commenced on Monday.

He said the routine distribution of food items to 38,000 households of IDPs in camps and host communities which has commenced is part of support that Federal Government is rendering to the IDPs to provide adequate nutrition. 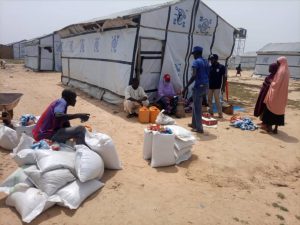 According to him: “The IDPs who were full of praises to the Ministry of Humanitarian Affairs, Disaster Management and Social Development and the National Emergency Management Agency (NEMA) said the routine monthly intervention has ensured that they have sufficient food supply.

Abdulkadir said each of the household was given 54.6kg of food items including 25kg of beans, 12.5kg each of rice and maize, as well as 4.6kg of condiments.