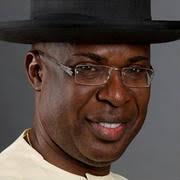 .... new pipeline sector to be developed

Minister of State for Petroleum Resources, Timipre Silva, has debunked reports that the new Petroleum Industry Bill (PIB), does not accommodate the existence of the Nigerian National Petroleum Corporation (NNPC).

The Minister who said this after meeting with the leadership of the National Assembly, said the PIB does not envisage the scrapping of the corporation but to have it commercialized.

He said the new deal in the PIB is the development of a midstream sector to accommodate a robust pipeline industry in the sector to sustain the growth of the news oil and gas industry.

According to him, two agencies which have also been impacted on by the new thinking of the federal government as contained in the PIB, are the Petroleum Equalization Fund (PEF) and the Petroleum Product Pricing and Regulatory Agency (PPPRA), will also exist in new form.

“I have heard so much noise about NNPC being scrapped, that is not envisaged in the bill at all.

“NNPC will be commercialized, in transforming the industry, the new thing we are developing is developing the mid stream.

“That is the pipeline sector, that sector in the mid stream and the downstream because the framework is not fully developed.

‘So we have provided robustly for the growth of the midstream sector.

The Minister of Petroleum also said that the host communities will have a good deal when the PIB is passed.

“Host community has the best deal and it’s details you would hear in the next few days. The PIB will take care of that. On the relevance of the Petroleum Equalization Fund and the Petroleum Product Pricing Regulatory Agency, Sylva said “PEF and the PPPRA will not exist in the form it is today.”