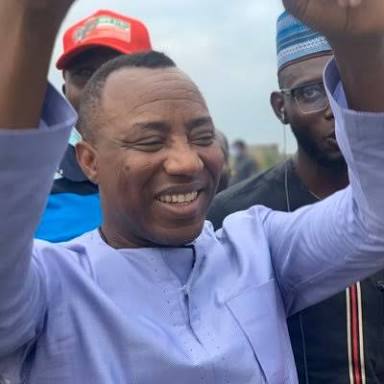 Some people have made billions from #EndSARS protest – Sowore

Publisher of Sahara Reporters and activist, Omoyele Sowore, on Tuesday said some individuals made billions of naira from negotiations aimed at putting an end to the #EndSARS protests.

Sowore made the claim while reacting to reports that business leaders and some social media influencers had entered into negotiations with the Federal Government to bring an end to the protests.  ‎

He tweeted, “I‎ will not be part of any negotiations regarding #ENDSARS, many have entered into these negotiations and come out of the other side becoming billionaires, to them it is a game! The only negotiation I will ever engage in is that of the surrender of our oppressors! #RevolutionNow.”‎

An ativist, Aisha Yesufu, had on Tuesday admitted that some business leaders, including the Governor of the Central Bank of Nigeria, Godwin Emefiele, held a Zoom meeting with some youth influencers, asking them to put an end to the protests.

Yesufu however said she told the CBN governor to ask the President Muhammadu Buhari to meet the demands of the protesters instead.‎

In a related development, Convener of the #EndSARS movement, Segun Awosanya aka Segalink, on Wednesday complained that the protests had been hijacked.‎