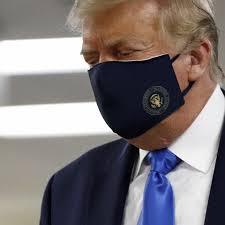 United States President Donald Trump said he hopes to resume campaigning Saturday after receiving a green light from his doctor, even as House Speaker Nancy Pelosi prepares to unveil plans to probe the president’s capacity to govern after contracting Covid-19.‎

With just 26 days until the November 3 election, Washington’s top Democrat took the extraordinary step of proposing a commission to investigate Trump’s fitness for the job — and whether he needs removal under the Constitution’s 25th Amendment — which she will unveil in a bill Friday.‎

The move came after Trump spent the day ranting against critics and threw the debate schedule with Democrat Joe Biden into turmoil.‎

With tensions building over the president’s diagnosis and questions about his judgment, Trump said in a Fox News interview late Thursday that he wants to hold a campaign rally as early as Saturday.‎

“I think I’m going to try doing a rally on Saturday night if we have enough time to put it together,” he said during an interview with Sean Hannity, adding that it would be “probably in Florida.”‎

Trump said that he might hold another rally the following day in Pennsylvania.

Earlier in the day Trump’s doctor gave him the green light to resume public activities this weekend.

“Saturday will be day 10 since Thursday’s diagnosis, and based on the trajectory of advanced diagnostics the team has been conducting, I fully anticipate the president’s safe return to public engagement at that time,” Conley said in a statement.‎

And in remarks that caught Pelosi’s attention, the 74-year-old Trump quipped that he beat Covid because “I am a perfect physical specimen and I’m extremely young.”

Pelosi warned that Trump is suffering from a “disassociation from reality (that) would be funny if it weren’t so deadly.”

FAO calls on private sector to get more involved in agriculture