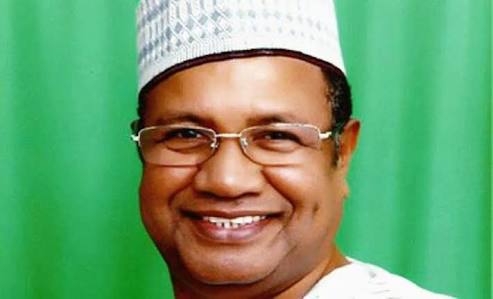 Former Presidential Liaison Officer to the National Assembly, Senator Muhammad Abba-Aji has been appointed the Executive Secretary of the Northeast Governors’ Forum.

Abba-Aji was the liaison officer to the National Assembly during Presidents Umaru Yar’Adua and Goodluck Jonathan.

He is appointed to the position for an initial two years, and opened to further extension.

A statement from, Mallam Isa Gusau, the spokesman of Borno State Governor, Prof. Babagana Zulum, who is the chairman of the Forum, said the appointment was convened in a letter Zulum signed, which was dated September 15, 2020.

“The appointment will be for an initial period of two (2) years and renewal as appropriate. Your remuneration and other entitlements will be discussed and mutually agreed upon”.

“We look forward to your positive response to this offer and the pleasure of working with you to build a positive working relationship that will benefit the people of the North East region” Zulum wrote in the letter.

The forum was formed in March 2020 when governors of the northeast first met in Gombe. In August, the governors met in Maiduguri for the second time during which Zulum was elected chairman for a period of two years.