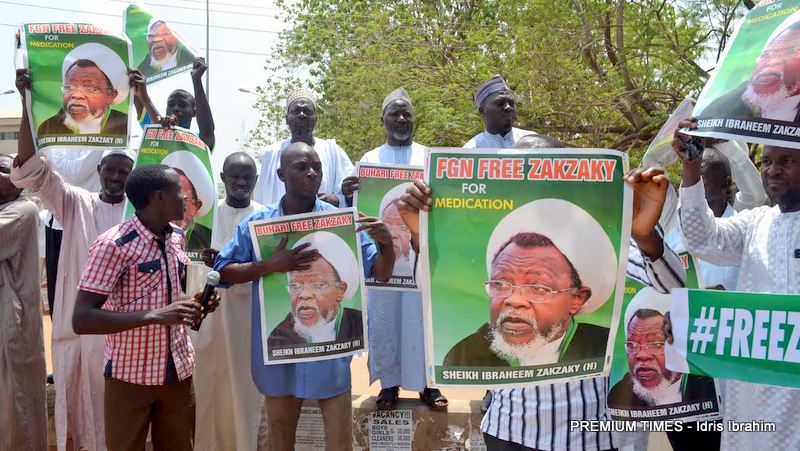 For the umpteenth time, members of the Islamic Movement in Nigeria (IMN) have demanded for the release of their leader, Ibrahim El-Zakzaky, currently detained by the government in Kaduna State correctional facility.

The IMN members who held a procession in Abuja on Friday causing vehicles to move at snail-speed, marched from the Zone 3 Custom Mosque, rounding up at the Wuse market.

The spokesperson for IMN, Ibrahim Musa, in a statement said its procession was part of the activities to mark Ashura, an annual religious event, which he said was peaceful.

“Al-Muharram, the first month of the lunar calendar, is historic: Prophet Muhammad arrived in Madinah and it took delivery of him with his companions.

“Ashura is a day of the victorious manifestations of blood over swords. The day in which Imam Husain, the Prophet’s grandson, a score of his immediate family members and his valiant companions were slain by the regiments of hundreds of thousands of men, cavalry and infantry.

“The reason we are out today is not far-fetched. The world Ashura commemoration will be at the weekend and Abuja, almost always, is without numerous people in attendance, as workers go home for their repose and relaxation. We call for immediate and unconditional release of Sheikh Zakzaky.”