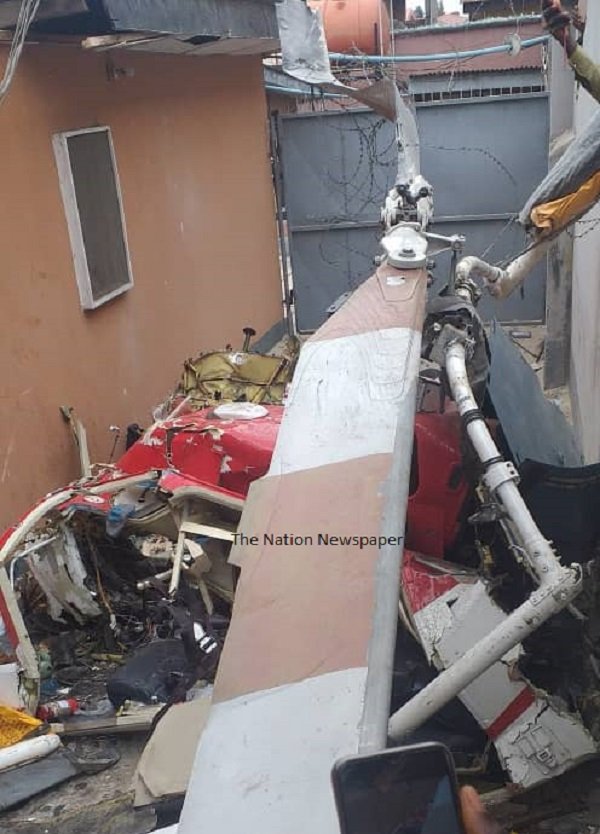 The Accident Investigation Bureau, (AIB) the investigating body in charge of all aviation-related accidents and incidents in Nigeria says it has commenced investigation to unravel circumstances that led to a helicopter crash in the Opebi area of Lagos State.

Two person were confirmed dead when the helicopter crashed into a building on Salvation Road, in the Ikeja area of Lagos State.

The pilot was conveying two passengers to a destination in the state when the tragedy struck around 12.17 pm.

“The helicopter was carrying three people, one is in the intensive care unit at the Lagos State University Teaching Hospital, while the other two were killed on impact and their bodies have been deposited in a mortuary. We are on top of challenges, especially crowd control. The operation is ongoing and updates will follow.”

On the investigation, the AIB General Manager, Public Affairs, Tunji Oketumbi, said the bureau would issue a formal report on the accident.

“Our investigators are at the scene of the accident and investigation has commenced,” he said.

Checks revealed that the helicopter, which was operated by Quorom Aviation, crashed into a residential building on Salvation Road in the Opebi area.

First responders including operatives of the Lagos State Emergency Management Agency have been deployed in the scene of the accident.

LASEMA General Manager, Olufemi Oke-Osanyintolu, in a statement, said two persons died in the crash while another was injured and has been rushed to the Lagos State University Teaching Hospital.