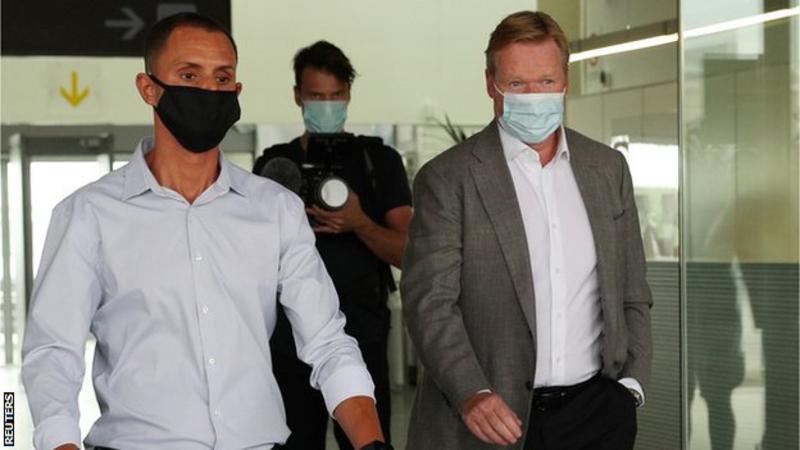 The 57-year-old, who is currently in charge of the Netherlands, is set to join the La Liga runners-up this week.

Speaking on Tuesday night, Bartomeu said: “Koeman is the one we’ve chosen. If nothing goes wrong he will be the head coach next season.”

Former Netherlands and Barca defender Koeman flew to Barcelona on Tuesday to finalise a deal with the club.

There have been rumours that the team’s star Lionel Messi could leave but Bartomeu said: “Messi wants to end his career at Barca, he has said that many times. 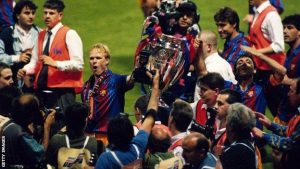 “I have spoken with Koeman and the pillar of our project is Messi.

“He has a contract until 2021, I speak a lot with Leo and more regularly with his father.

“He is number one in the world. There is no doubt that in Koeman’s new project you can count on Messi.”

But the president added that the club would have to sell players.

“There is money but Covid-19 has reduced income so we have to reduce payroll to be able to bring in new footballers,” he said.

Koeman, who played for the Catalan giants between 1989 and 1995 and helped them to four league titles and the European Cup, has a contract with the Dutch FA which runs until the 2022 World Cup.

Earlier on Tuesday, when the former Barca player was asked if he wanted to return as manager, he said: “I’d like to, but it’ll only be confirmed once I’ve signed the deal.

“Until then, I cannot say any more about it – even though I’d like to.”

The dismissals come after the club’s humiliating 8-2 defeat by Bayern Munich in the Champions League last eight on Friday.

Meanwhile, Barca’s German goalkeeper Marc-Andre ter Stegen, 28, will be sidelined for 10 weeks after an operation on his right knee.