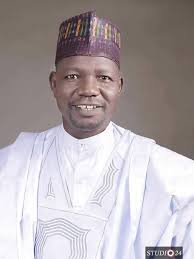 All the 20 Education Secretaries and some principal officers of the Local Education Authorities in Bauchi state have been suspended.

Commissioner for Local Government and Chieftaincy Affairs, Malam Nuhu Zaki who made the announcement in Bauchi on Thursday said the suspension was due to alleged sharp practices uncovered during a recent verification exercise carried out within the local education authorities across the state.

He explained that 876 primary school teachers retired from service between April 2009 and April 2020 yet the monthly wage bill of the 20 Local Education Authorities had kept increasing.

The commissioner said there was no justification for such wage increase, explaining that when a verification committee detected the anomalies and discrepancies, the education secretaries told the committee that they had converted the salaries of the retired teachers to running costs.

“This was a clear case of financial crime and it must be investigated,” he said.

The commissioner said investigation was ongoing and justice and fairness would be ensured as those found guilty would definitely be sanctioned, insisting “we will spare no one found to be in conflict with the law,” the commissioner said.

He also dismissed the recent allegation made by the state chapter of the Nigeria Labour Congress that he was instrumental to the unjust suspension of the education secretaries as misguided.