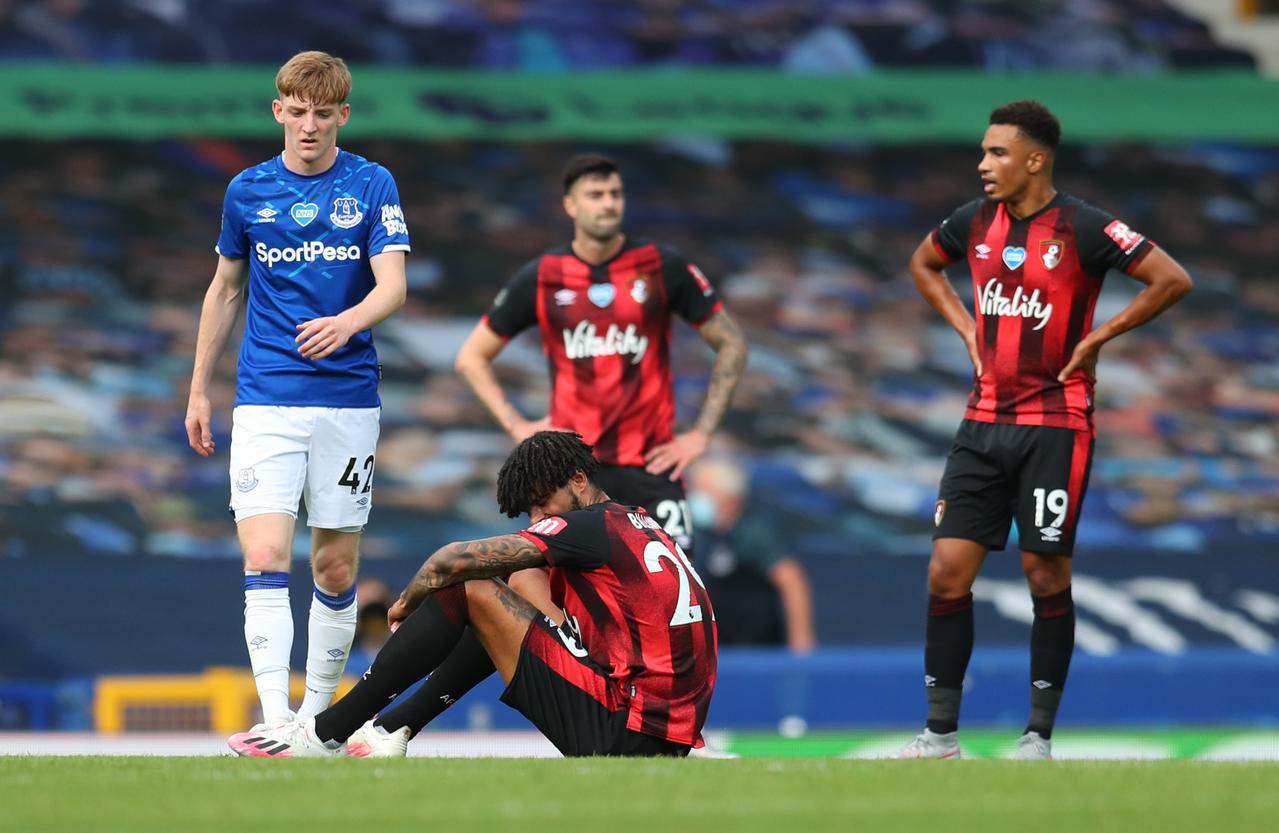 Despite win at Goodison Park, Bournemouth head for Championship

Despite beating Everton at Goodison Park, Bournemouth’s five-year stay in the Premier League came to an end on the final day of 2019-2020 Premier League season as Aston Villa’s draw at West Ham meant they were relegated to the Championship.

The Cherries needed a win, and for Watford and Aston Villa to both lose against Arsenal and the Hammers respectively, if they were to retain their top-flight status.

It was a disappointing outcome for Bournemouth, who had done all they could in their game to give them hope of staying up.

Eddie Howe’s side looked determined to fight for their survival right from the outset and deservedly went ahead when Joshua King scored from the penalty spot after Richarlison handled inside the area.

Bournemouth could have had a second penalty soon for a handball by Lucas Digne but neither the referee or the video assistant referee felt there was an infringement.

Despite all their dominance, the visitors conceded an equaliser as half-time approached when Moise Kean tapped in Theo Walcott’s cross.

But Bournemouth restored their lead just before the break as Dominic Solanke headed in from Diego Rico’s delivery.

The second half was nervy affair as the Cherries looked to hold onto their slender lead, but they grabbed a third and much-needed breathing space in the final 10 minutes after Jordan Pickford let a tame Junior Stanislas shot slip under his gloves and into the back of the net.

The visitors had done all they could to ensure survival, meaning all eyes were on events at West Ham, but a point was enough to keep Aston Villa in the top flight at Bournemouth’s expense as Howe’s side finished 18th.

Bournemouth’s players walked off the pitch at full time with their heads bowed in disappointment as news came through that a crucial result elsewhere had gone against them.

It was a bitter blow for the visitors after putting in a battling display at Goodison Park, but ultimately they paid the price for failing to show similar fight in previous games this season.