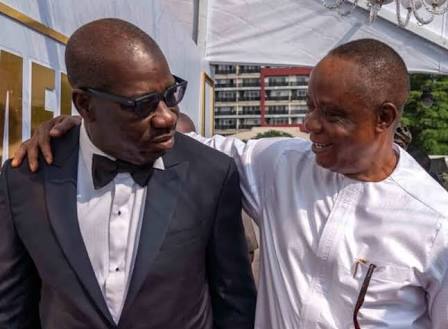 In a statement, Captain Hosa said that the people of Edo State had spoken by the outcome of the election and urged them to support the governor as he presides over the affairs of the state for the next four years.
Tracing the history of the political crisis that led to Governor Obaseki leaving the APC to join the Peoples Democratic Party (PDP) on which platform he won the election, Okunbo noted that in the past three months, he had “witnessed the most orchestrated attacks on my person where I was continuously in defence because of my beliefs.”

The candidates presented their manifestoes to the great people of Edo State. Thankfully, the elections have been free and fair and peaceful. The people have spoken in no uncertain measure.

Okunbo prayed that the next four years will“take the state to the promised land under your leadership.As a loyal citizen of the Federal Republic of Nigeria and an indigene of Edo State, I urge all of the people at home and abroad to join hands with the governor to build a vibrant democracy, and also to build a vibrant economy where the youths can find gainful employment in an atmosphere of peace and security.”