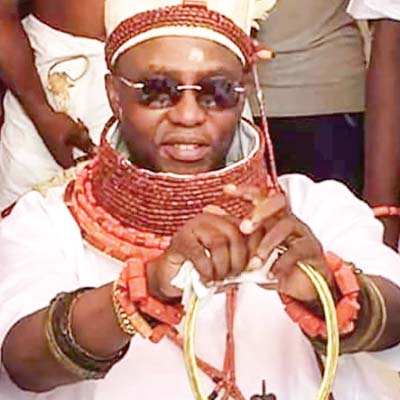 *** as APC accuses Wike, PDP of plans to unleash mayhem

Ahead of the September 19 Governorship election in Edo State, the Oba of Benin, His Royal Majesty,Omo N’Oba N’Edo uku’ akpolorkpolor, Oba Ewuare 11 has appealed to leaders and members of political parties taking part in the election not to turn the state into a war zone.

The Benin monarch who spoke in a statement issued by the Benin Traditional Council Secretary, Mr Frank Irabor, and made available to Daily Tracker, Wednesday evening lamented that accusations and counter-accusations from the camps of the major political gladiators were not good signals.

Oba spoke as the All Progressives Congress, APC in the state alleged that the Chairman, Peoples Democratic Party, PDP Campaign Council who is also the governor of Rivers State, Nyesom Wike and Governor Godwin Obaseki who is the candidate of the PDP have perfected plans to unleash violence before and during the coming election in the state.

The Benin monarch also expressed great displeasure over the unruly behaviour of some supporters of political parties when governor Obaseki led other PDP governors and party chieftains to his palace in Benin.

The monarch in strong terms condemned the incident, saying that the Benin throne was not partisan noting that the palace remains committed to peace and tranquility before, during and after the election.

The traditional ruler therefore enjoined all well-meaning people of Edo state to join him in continuous prayers for peaceful poll.

On its part, the APC in a statement by the Chairman Media of Edo State APC Campaign Council, John Mayaki while reacting to comments by Wike in a television interview aired yesterday alleged that PDP was planning to mar the election for fear of defeat.
Wike during the programme reportedly said that the people of Edo already knew the type of candidate the APC was presenting, going by what the former national chairman of the APC, Comrade Adams Oshiomhole said about the APC candidate, Pastor Osagie Ize-Iyamu four years ago.

He said “Adams Oshiomhole told Edo people that Ize-Iyamu was rusticated from school; that he poured acid on a fellow student that destroyed his manhood. That he is an armed robber that cannot be trusted with money,”

But Mayaki in a statement alleged that Governor Obaseki like Wike has perfected strategies including intimidation vandalism, destruction of opponent’s properties, and harassment of innocent persons to obtain power.

He said, “According to reliable data sourced from Peace Map, political violence in Rivers State steadily increased beginning in January 2015, peaking in the lead-up and aftermath of the April gubernatorial elections and this was due largely to the violent attitude of Nyesom Wike.

“In Edo State, we have seen the same trait. There is a persistent problem in the violent, dishonest, and generally deplorable conduct of the rejected PDP which poses a great threat to the peaceful conduct of the September 19 election.

“A clear example of their violent conduct and brutality was witnessed by all in the incident that took place on July 25, when Mr. Godwin Obaseki and his cohorts of tax-collectors were confronted, through a peaceful protest, by the people of Edo State who are both repulsed and angered at the continuous unraveling of his collapsing government marked by daily resignations and revelations of fraud.

“As video evidence and several objective eye-witness accounts show, this incident took place outside of the Palace, in the Oredo Local Council.”

See also  A woman can take over from Buhari in 2023... Amina Mohammed
Post Views: 435
Continue Reading