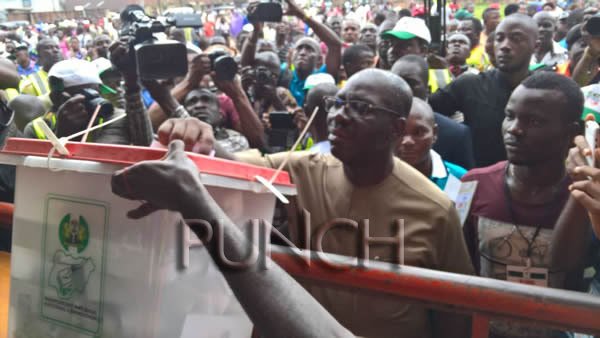 Speaking after casting his vote, Obaseki said INEC should have been better prepared for the election.
‎
‎He said, “I expected that INEC would have prepared better for this election.

“I waited for one and half hours on the queue before exercising my franchise, its a bit disappointing.

“Giving that this is a sole day election, I expected a better planning for this election.

“Card readers were very slow and that’s the situation everywhere.”