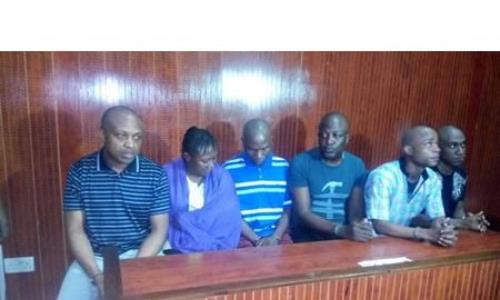 An Ikeja High Court presided over by Justice Hakeem Oshodi on Friday ruled that four co-defendants of alleged kidnap kingpin Chukwudumeme Onwuamadike popularly known as Evans have case to answer.

Justice Oshodi, in a ruling, dismissed their ‘no case submission’ application.

The court, in a ruling held that the prosecution had made out a prima facie case against the defendants which required that they put in a defence.

The defendants are facing trial over the kidnap of the Chief Executive Officer of Maydon Pharmaceutical Limited, Donatus Dunu, in 2017.

The prosecution said they collected €223,000 in ransom before freeing the businessman after 88 days in captivity.

Due to his inability to pay legal fees, Evans had been having difficulty retaining a lawyer. He had changed lawyers five times.

At the July 3, 2020 proceedings in the case, his co-defendants – Uchechukwu, Ifeanyi, Nwachukwu and Aduba – who had lawyers, had filed no-case submissions, praying the court to set them free.

But in a ruling on Friday, Justice Oshodi held that their no-case submissions lacked merit.

The judge held, “There is a prima facie case as the first defendant (Evans) implicated the co-defendants in Exhibit 10.

“The duty of the court is to look at the totality of the evidence before it.

“The court finds and holds that no evidence has been discredited on the face of the document. The 3rd, 4th, 5th and 6th defendants are now called to open their defence.”

The judge adjourned till October 16, 2020 for the defendants to commence their defence.