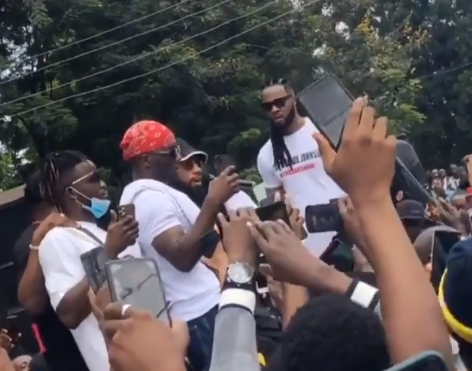 Celebrated musicians, Chinedu Izuchukwu Okoli aka Flavour, Chibuzor Nelson Azubuike, aka Phyno and another Igbo rapper Zoro literally shut down Enugu state on Tuesday as they joined the ongoing nationwide #EndSARS protests.
They demanded for the reformation of SARS and end to police brutality, assault and maltreatment in the country.

The musicians who joined other protesters who are demanding an end to the operations and activities of the Special Anti-Robbery Squad, SARS said the dissolution of the special police unit was not enough.

They asked the Inspector General of Police, Mohammed Adamu to without delay ensure that the entire force was reformed.