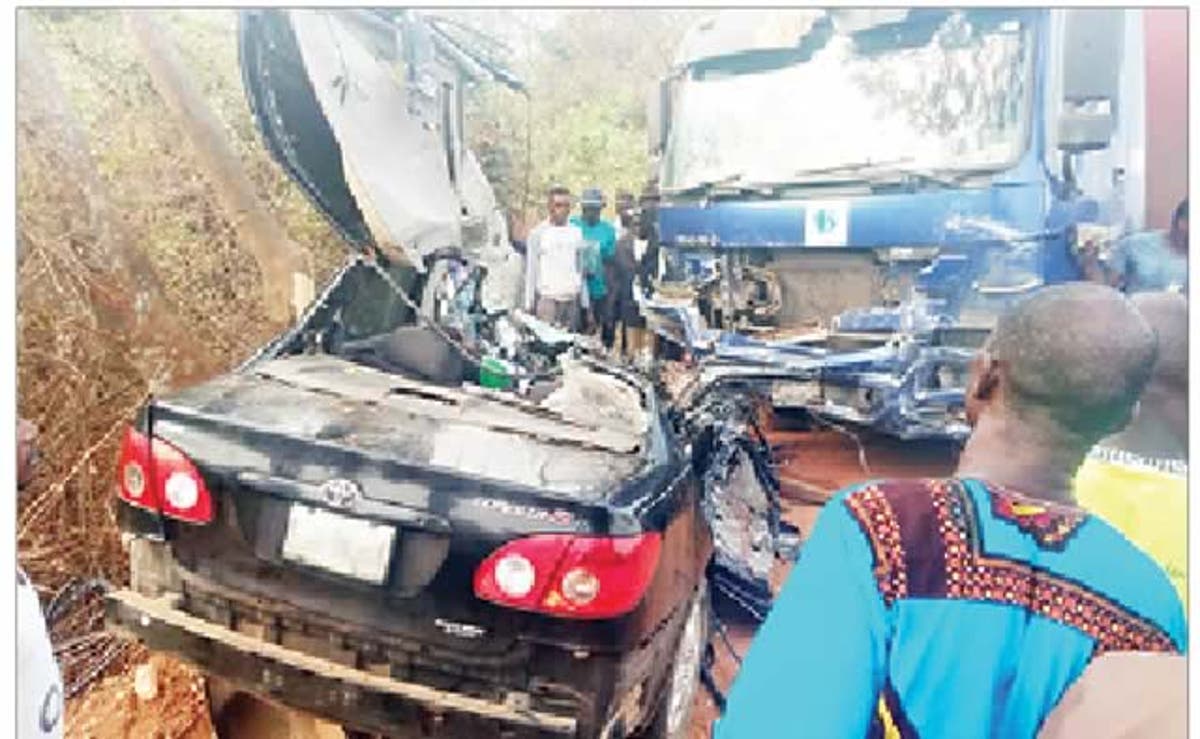 At least four persons on Saturday lost their lives in a fatal road traffic accident that occurred in Ikare Akoko in the Akoko North East Local Government Area of Ondo State.

The Head of Operation of the Federal Road Safety Corps, Samuel Oyedeji confirmed the unfortunate incident.

Eyewitness account has it that the accident involved two trucks which rammed into some shops along the Oke Okorun area of the ancient town.

The driver of the two trucks lost control of the vehicles and rammed into the shop, killing four persons and injuring many others.

“The incident happened around 4pm on Saturday. The two trucks, carrying loads, were coming from Ekiti State and were both heading towards Akure.”

Oyedeji, said the remains of the deceased had been deposited at the morgue of the general hospital in Ikare Akoko.