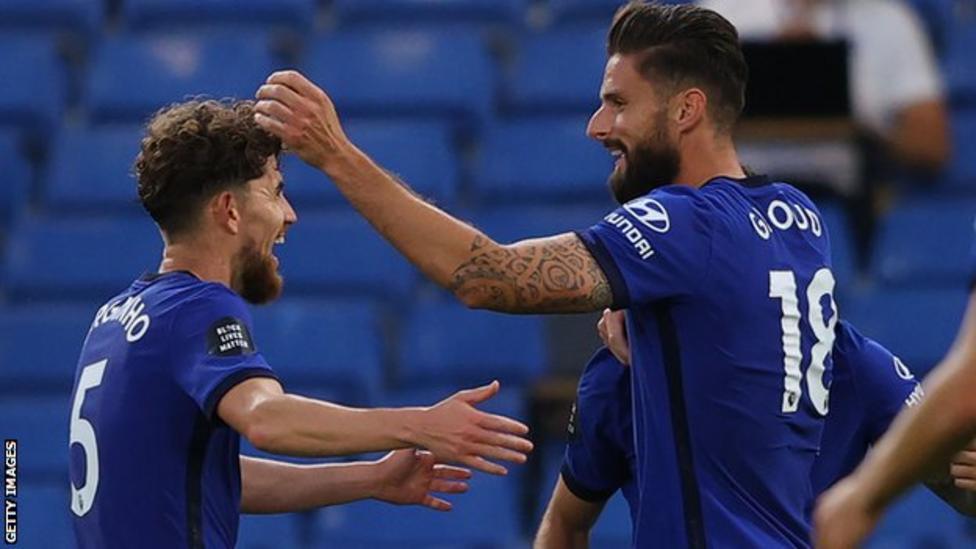 The race for European Champions League got more interesting Tuesday night as Chelsea put themselves in the driving seat to secure a spot in the elite tournament.

Though with an uninspiring performance against relegated Norwich at Stamford Bridge, a one nil victory was enough to put them in pole position.

Striker Olivier Giroud guided a header past Tim Krul on the stroke of half-time after Christian Pulisic created space for the cross on the right.

The Chelsea pair almost combined again in the second half but Pulisic could not guide Giroud’s chipped ball past Krul.

Victory strengthens Chelsea’s hold on third place, where they sit four points above Leicester and Manchester United, who both play on Thursday.

Norwich, who were relegated following a 4-0 thrashing by West Ham on Saturday, failed to record a shot on target during the match.

Chelsea take on Manchester United in the FA Cup semi-final on Sunday, 19 July at Wembley (18:00 BST kick-off) before travelling to Anfield for their next Premier League game against champions Liverpool on Wednesday, 22 July (20:15 BST).
Norwich host Burnley on Saturday, 18 July (17:30 BST) in their next league game.

UK to resume visa processing in Nigeria from July 28