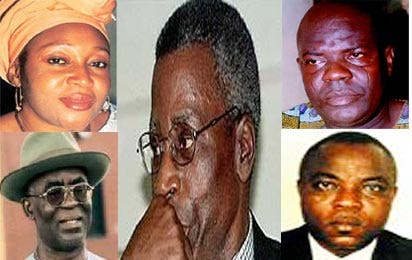 ‎A group, Save Nigeria Movement, (SNM), has asked President Muhammadu Buhari to set up a judicial commission of inquiry to probe several unresolved issues in the country, including the deaths of Dele Giwa, MKO Abiola and Bola Ige.

SNM ‎is also asking Buhari to probe the circumstances that led to the decision to cede the oil-rich Bakassi Peninsula to Cameroon.

Convener of the group, ‎Solomon Semaka‎ in a statement co-signed by Richard Oduma of Coalition of Minority Tribes in Nigeria and Dr. Ndubisi Okon, Center for Advanced History and Civil Rights, noted that if left unattended, the issues could pose grave danger to the corporate existence of Nigeria.‎

Parts of the statement read, “There is a need to revisit several unresolved incidences, including the tragic 1992 Airforce military aircraft C-130 Crash in Lagos state in which over 160 senior and middle-level military officers and the entire crew died.

“The 2006 tragic occurrence of an airforce donier 228 aircraft crash in Benue state that killed about (15) senior military officers and the entire crew as well as the sad incident of Boeing 737 plane crash that occurred in October 2006 in Abuja which claimed the lives the late Sultan of Sokoto, Alh Maccido, his Son, Senator Maccido, grandson as well the then deputy governor, Alh Garba Muhammad as well as 98 others.

“Others include, the need to unravel the circumstances of the tragic crash of a naval helicopter in 2012 in Nembe Bayelsa state, which claimed the lives of Gov Patrick Yakowa, Gen Andrew Azazi, the circumstances surrounding the bombing and subsequent murder of Nigeria’s famous journalist Dele Giwa using a parcel Bomb.