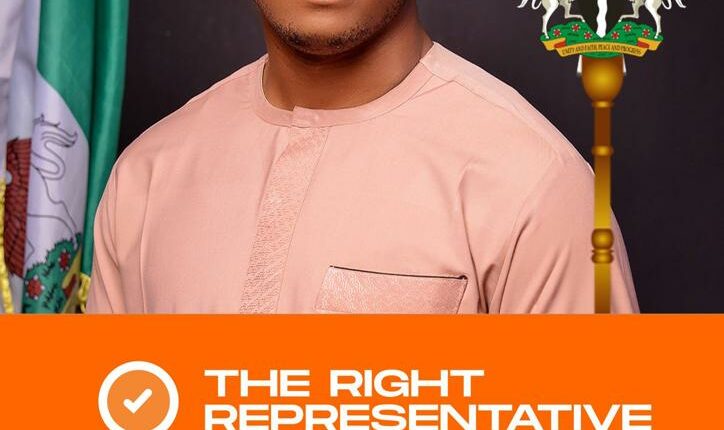 By Ikechukwu Monday in Umuahia

The Flagbearer of the African Democratic Congress (ADC) for Ikwuano/Umuahia Federal Constituency Seat in next year’s election, Prince Obinna Nwosu has pledged to render qualitative representation to the people of the area.

Nwosu who spoke to Dailytracker said when elected, he would initiate legislative action that would help transform the constituency.

According to him, one of his policy agenda will be to pursue an aggressive and comprehensive urban renewal to expand the development in capital city and its suburb.

Prince Nwosu assured the people of Umuahia North and South, Ikwuano Local Government Areas that his emergence would be a breath of fresh air and a departure from the present state of anomie in the area.

According to him, with the increasing population in the state capital, there is urgent need to speed up the development of the areas.

He said urban growth is an important driver for the economy, managing and maintaining the status of capital city of the state should be given serious attention as it is the first point of contact for any investors.

His words, “Urban renewal plays an important role in the growth and development of our dear state. It recreates neighbourhoods and communities left behind due to demographic and economic change.”

“Dilapidated areas can be reinvigorated through land, building and infrastructure development which allows cities to further their growth and restore economic viability to a given area by attracting external, private and public investment as well encourage business start-ups and survival”. He said.

The Ikwuano Umuahia Federal Constituency hopeful explained that apart from urban renewal, he will also revive, restore and stair up the city with the provision of essential social amenities to address the social needs of the people within the capital city of the state.