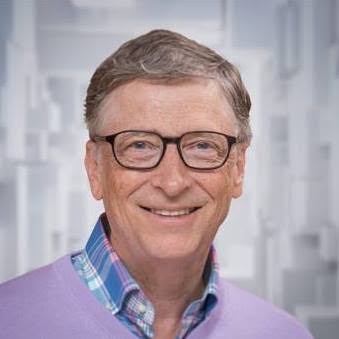 I am not behind coronavirus outbreak… Bill Gates‎

Billionaire Bill Gates has dismissed conspiracy theories which accuse him of creating the coronavirus outbreak.

However, speaking ‎during a CNN Town Hall interview on Thursday, Gates described the rumours as ‎”a bad combination of pandemic and social media and people looking for a very simple explanation”.

Gates has been accused ‎of wanting to eliminate 15 per cent of the human population through vaccination and electronic microchips.

There are also claims that Gates was involved in biological terrorism, and that he supports a Western plot to poison Africans.

Some conspiracy theories also claim that the Microsoft founder was exploiting the crisis to control people and make money from selling vaccines‎.

Denying the accusations, Gates, who ‎has pledged $250m in efforts to fight the pandemic‎, said, “‎Our foundation has given more money to buy vaccines to save lives than any group.

‎“So you just turn that around. You say, ok, we are making money and we are trying to kill people with vaccines or by inventing something.

“And at least its true, we are associated with vaccines, but you actually have sort of flipped the connection.”

Gates added that he hopes the conspiracy theories don’t generate “vaccine hesitancy.”‎
‎Insisting that the accusations are baseless, Gates added, “I’m a big believer in getting the truth out.”
‎