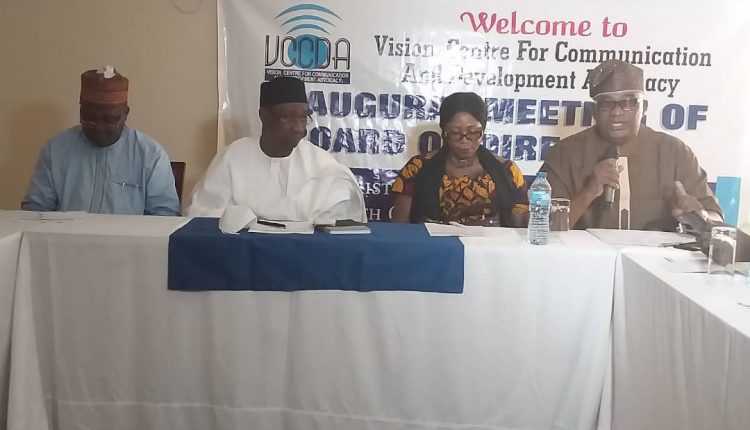 Former president of the Nigeria Union of Journalists and incumbent Commissioner for Information, Kano State, Comrade Mohammad Garba, stated this at the inaugural meeting of a Non-Governmental organization,  the Vision Center for Communication and Development Advocacy, held in Kano.

Garba, who is the Chairman of the Board, said journalists as the watch-dog of the society play vital roles in the development of the nation, hence there was the need to ensure that they were well trained so that they perform their constitutional responsibility effectively.

He said the main aim of inaugurating the board was to map out blue print of how to assist working journalists in the country.

The Commissioner maintained that the initiative would go a long way in incorporating all stakeholders on board to fine-tune how journalists’ challenges would be addressed, especially enhancing their welfare, insurance, and all other needed logistics that would boost the morale of working journalists in the country.

Earlier the Acting chairman of the Advocacy Group, Gbenga Onayiga said the decision to come along with the Advocacy was very timely, aimed at having a robust media that would be fair and just in their reportage.

He said training and retraining as well as research, were the main focus of the center, geared towards maintaining ethics of the journalism profession.

The inaugural meeting scheduled for one day attracted senior working journalists from all parts of the country.