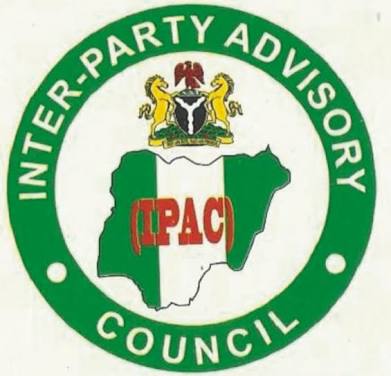 Indications emerged Wednesday that Abia State chapter of the Inter-Party Advisory Council (IPAC) may be embroiled in leadership crisis as a group led by the Deputy Chairman, Hon. Enwereuzor Ogbonna, announced in Umuahia that the substantive state Chairman, Hon. Ceekay Igara and his entire executive have been sacked for poor performance.

Ogbonna also said that he has been selected by the IPAC’s General Assembly, alongside some other members of the sacked Igara-led executive to constitute an interim executive to pilot the affairs of the party. 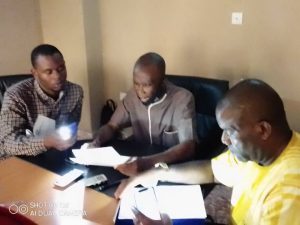 But Igara has maintained that he remains the chairman of Abia IPAC, explaining that Ogbonna and his cohorts were members of deregistered political parties who have ceased to be members of Abia IPAC.

Ogbonna, who is the chairman of the interim executive, told newsmen that the decision to sack the entire Igara-led executive was taken Tuesday during a meeting of the General Assembly of IPAC which expressed its dissatisfaction with the alleged dismal performance of the elected Ceekay Igara-led executive and dissolved it forthwith.

In a communiqué issued at the end of its Tuesday meeting and endorsed by Ogbonna as Chairman, with Benjamin Arisa, as Secretary, the General Assembly accused the Igara-led executive of not living up to expectations.

The communiqué, delivered to newsmen by Ogbonna, read in part: “The General Assembly is the highest decision making organ of IPAC. In line with this role, the General Assembly reviewed the performance of the Ceekay Igara-led executive elected on the 2, December 2019 since the inception in the light of various developments, including but not limited to the INEC reregistration of some political parties, the different court interventions up to the Appeal Court judgements setting aside the deregistration of political parties and frowned at the total absence of leadership, continued footprints of self-aggrandizement, tyranny and outright disloyalty and betrayal of the goals and visions of IPAC, Abia State chapter.”

“It (General Assembly) further accused the leadership of contravening the IPAC code of conduct in its actions and inactions and leveraging on its powers unanimously resolved as follows: That the entire EXCO or leadership stands dissolved with immediate effect; the an interim EXCO or leadership to be led by Hon. Enereuzor Ogbonna and to be made up of some members of the dissolved EXCO is forthwith constituted to pilot the affairs of IPAC Abia State until a new election is conducted before the end of the year,” the communiqué added.

The General Assembly, according to Uzor, also dissolved “the strange and illegal interim executive committee constituted by the former Chairman, Hon. Ceekay Igara.”

He said the General Assembly commended Governor Okezie Ikpeazu and his administration for their friendly disposition to IPAC and promised to rededicate itself to the emplacement of free and fair political culture and ensuring good governance in in Abia.

Igara said, in a statement he made available to The Oracle Today: “My attention has been drawn to a statement credited to one Uzo Ogbonna claiming to have removed me as IPAC Abia State Chairman and saying all sorts of things.

“I would have not joined issues with drowning people who ought to take their matters to both INEC, the Court and IPAC National Headquarters for solution rather than transferring their angers to the wrong place.”

To put the records straight, he said “I Hon. Ceekay Igara remains the State Chairman of IPAC Abia State,” adding “Uzo Ogbonna group are made up of all the deregistered political parties in Abia State.”

He stated further that “it should be on record that once you are deregistered as a party, you automatically stop being a member of IPAC. If Supreme Court reinstate their status as political parties, we will receive them back.”

Igara dismissed criminal allegations against him, denying ever receiving money or trailer load of rice palliative from Abia State government.

“Idleness and joblessness is the major cause of their action and I wish I can help them out,” he added, urging the public to disregard the antics of the Ogbonna-led group.