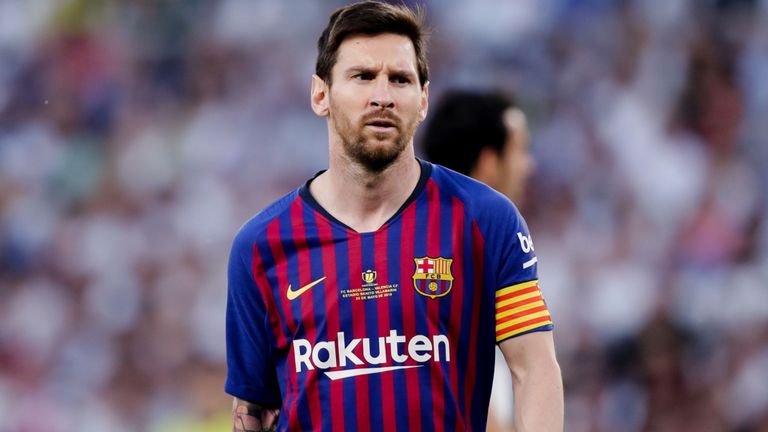 Messi Opens Up, Speaks On Favourite Player To Win The Ballon d’Or 2019 Award

Lionel Messi Lionel Messi, the Barcelona captain, has insisted that he does not know the favourite player to win this year’s Ballon d’ Or.

The 32-year-old, who has won the Ballon d’ Or five times, also described the world individual top-prize award as ‘strange’.

According to the Argentina captain, no one really knows who will be the favourite player to win the Ballon d’ Or this year.

“I don’t know. The Ballon d’Or is strange, no one really knows who is the favourite,” Messi told Sport.

“Recently they’ve looked more at the club’s results, which isn’t a bad thing.

“Sometimes it’s been for the World Cup which not everyone values the same. I don’t know.

“Honestly, there isn’t a specific line on which you can define the Ballon d’Or winner.

“I’ve never felt I was the favourite or not. As I’ve said before, individual awards are secondary to me.”

Messi is one of the favourites to lift this year’s Ballon d’ Or after he netted 51 goals and assisted another 22 in all competitions last season.

Anthony Joshua Speaks Out On Suffering Concussion While Fighting Ruiz