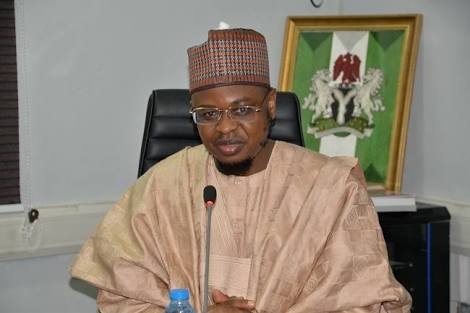 The development attracted condemnation from Nigerians, as the ‎new charges introduced by NIPOST were expected to lead to an increase in the cost of courier services and delivery goods.
‎
Going by the reviewed charges introduced by NIPOST,  international courier services operators such as DHL, UPS and FEDEX would pay N20m for a new licence and N8m renewal fee annually.

Also, companies which offer national services will pay N10m for licence and N4m yearly for renewal.

But, in a tweet on Saturday morning, the minister, whose ministry supervises NIPOST, ordered a suspension of the new charges.

He noted that he did not approve the development.

‎”Please NIPOST, our attention has been drawn to an increase of licence fee, which was not part of the regulation I earlier approved for you.

“Your chairman and PMG (Postmaster-General) were yesterday contacted to put the implementation on hold and send a report to our ministry by Monday. Best wishes!”, the minister said in the tweet‎.

Noting that the new charges will lead to economic difficulties for Nigerians, he added, “‎The power of regulation of NIPOST lies with the minister. Any change of fee must be specific and approved by him before implementation. ‎
‎
“I know the economic challenges of NIPOST. However looking at the economic hardship of our citizens, we need to suspend any move. ”
‎