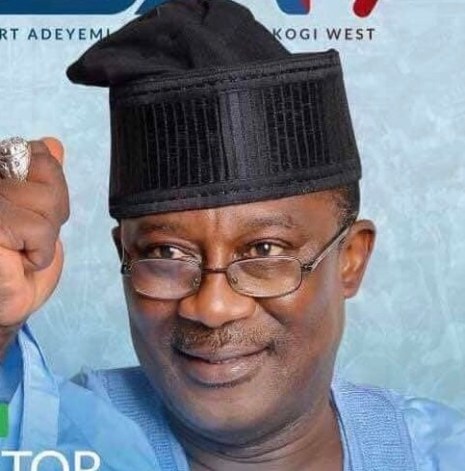 Senator Smart Adeyemi representing Kogi West senatorial zone has urged Nigerians to rally round President Muhammadu Buhari in his avowed commitment to the fight against graft in the country, insisting that anything short of that would mean “there’s no future for Nigeria”.

The lawmaker, who was incensed by the alleged monumental corruption at the Niger Delta Development Commission (NDDC) spoke during senate’s debate of the report of its adhoc committee on the NDDC activities, lamented that the level of sleaze in the commission was mind-boggling.

“President Buhari was seen as a man who can fight Corruption, if we don’t join hands with him to fight this cankerworm, then, there is no future for this Country,” the senator noted.

He advocated for a stiffer penalty for corrupt officials in the country, noting that rather than continue to rely on existing laws, time had come for the nation to come up with a more severe punishment for those found to have corruptly enriched themselves.

He said only the ‘Mosiac’ or “Sharia’ position on corruption, stood better chance of dealing with corrupt persons in Nigeria, adding that if such stiffer penalty are not melt out on corrupt people, the anti -corruption crusade of President Buhari will remained a mirage.

He specifically clamoured for either life imprisonment or amputation to curb as the more appropriate minimum punishment.

He however said the Federal government should introduce a form of Mechanized farming system; that will serve as a punishment for corrupt people in the nation regardless of States, Gender and Religion.

“I urged the Senate President, Deputy, all my colleagues and the Federal Government to apply both Mosaic and Sharia law on anyone caught so as to achieve the main target of President Buhari core objective in his War against Corruption.

“I urged you all in this Upper Chamber to let us review the anti corruption law of both the ICPC and EFCC to change the policy method in both Agencies to include amputation and life imprisonment. I urge the Federal Government and my Colleagues on resumption from summer holiday; we should amend the law of both the EFCC and ICPC so as to free our nation from the evil pandemic in our Dear Country.

On his proposal for mechanized farming, he said it is the same as life imprisonment for those who are found to be corrupt, to work on the farm, serve their term, serve the nation, and pay back to the country.” because it is their duty to pay back for the huge inhumane act they’ve caused our nation.

“Buhari is the only man that can fight corruption hence we give him our support by strengthening the law because, corruption is spreading the more in the Country,” he noted.