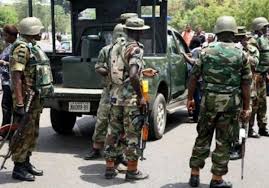 The Nigerian army has said the launching of “Operation Fireball” is the final onslaught against Boko Haram insurgency which h‎as claimed 32,000 lives with property worth about N3.42 trillion in Borno, Adamawa and Yobe states.
‎

“We are approaching a crucial phase in our counter-terrorism operations in the Northeast with Operation Fireball,” he said.  ‎

He said the new operation would be extended to insurgents’ hideouts of Sambisa Forest, Mandara Mountains and the Lake Chad region.

“My recent directive on the relocation of AHQ DATOPS and AHQ DOAL to the Northeast Theatre is geared towards ensuring that AHQ provides maximum support to the operation,” he said.

Buratai added that he issued the COAS Special Order, specifically, for troops to switch over to a war mode.

“This is necessary for the final destruction of the criminal insurgents,” he declared. He, therefore, charged courageous and exemplary leadership to be displayed at all levels, as highlighted during the conference panel discussion.

“No excuse will be tolerated in the accomplishment of Operation Fireball objectives to end war,” he warned.

He equally told field commanders not to rest on their oars, as there is the need to maintain a positive disposition and attitude toward improving on ongoing operations.‎