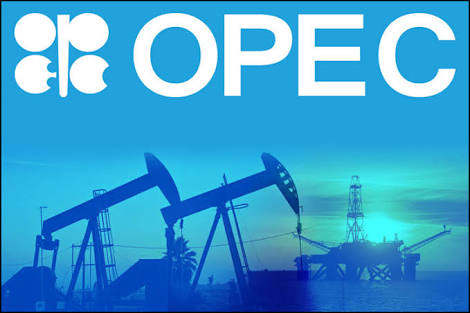 ‎Brent Crude, the international oil benchmark, fell below the $40 per barrel mark on Monday.

The latest fall in the price of crude‎ oil is coming on the heels of projections by the ‎Organisation of Petroleum Exporting Countries‎ that demand for the commodity will rebound more slowly than expected next year.

OPEC, in its ‎monthly market report for September, which was released on Monday, ‎projected that consumption will rise in 2021 by 6.62 million million barrels per day,‎ 370,000 bpd less than expected last month.‎

Crude oil production among OPEC’s member states increased by 760,000 bpd to an average 24.05 million bpd in August, according to the report.

OPEC and its allies had implemented production cuts to offset the fall in demand and prices caused by the coronavirus pandemic. ‎

In the September report, OPEC said the effect of the COVID-19 outbreak had an adverse impact on demand in the first half of 2020.

‎
It added that there would be more decline in demand in 2020  than previously forecast due to the pandemic, while recovery would be slower than expected in 2021.

“The impact of COVID-19 related developments on an already fragile global economic conditions remain challenging and will require coordinated global policy action from all market participants.‎

“Risks remain elevated and tilted to the downside, particularly related to the development of COVID-19 infection cases as well as possible cures.‎

“Increased usage of teleworking and distance conferencing is estimated to limit transportation fuels from fully recovering to 2019 levels,” OPEC said in its 2021 outlook. ‎