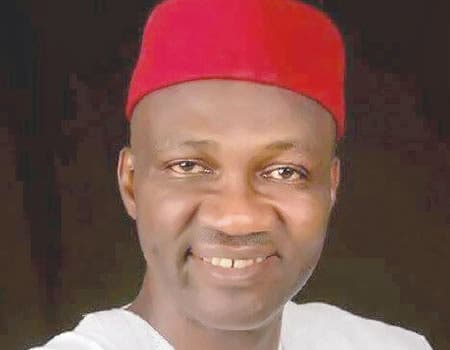 Barely 24-hours after the Senate asked him to release names of the beneficiaries of the alleged N20 million COVID-19 palliatives to federal lawmakers, the Acting Executive Director, (Projects) of the Niger Delta Development Commission (NDDC), Dr. Cairo Ojougboh on Wednesday denied making any such allegation.

He dismissed the alleged claims credited to the Senate quoting him as making such allegation as dubious, malicious and infantile lie against him.

In a statement he personally signed and made available to newsmen, Ojougboh said “I want to state without equivocation, without any hint of doubt, that I neither issued, nor made, such a statement. Indeed, there is no provision in the commission’s budget for such a payment.

“Let me make it clear, with all due respect to the hallowed chambers of the National Assembly, as well as to the entire Nigeria public, that I would have resisted such a payment if it were ever brought up in the Commission.

“In the past few months, the Interim Management Committee (IMC) has championed a campaign to cleanse the Commission of obvious corruption and frivolous payments, and restore it to its core mandate of facilitating the sustainable development of the Niger Delta region. A pillar of this campaign is instituting due process and plugging every dubious hole through which the funds of the Commission are diverted and frittered away.

“In the course of this campaign, it bears to emphasise once more that I and the IMC, as well as the Commission, have been clear to state that the National Assembly, as a distinguished body, as well as the President of the Senate and the Speaker of the House of Representatives, are absolved of blame. Indeed, the main body of the National Assembly is unaware of the questionable happenings in the NDDC.”

“My service to my fatherland and the zeal of my patriotism, as well as unwavering love for the wellbeing of the Niger Delta region and our people will not allow me to denigrate the lofty institution such as the National Assembly, an important beacon of our collective democratic journey. As a former member of the National Assembly, I hold that institution in the highest esteem and will not undermine nor denigrate its integrity.

“I have always stated that I am a man of peace and a soldier of truth. I have enough integrity and honour to stand by my statements. And let it be affirmed here that I do not issue statements on behalf of the Commission. I do this because it is important, as a man of honour, to speak up when my purpose is questioned and my integrity and character are challenged.