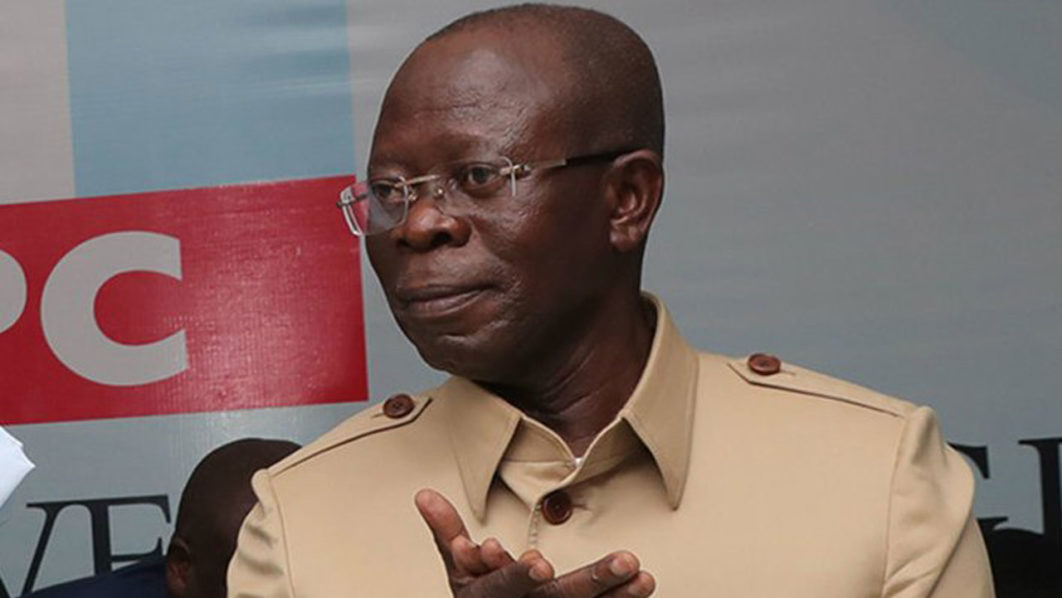 Speaking shortly after meeting with President Muhammadu Buhari at the Aso Rock Villa, Abuja Oshiomhole said he had no such plan to return to his former position.

He also explained that his visit to the president was to pledge his loyalty and to also brief him about their preparations for the forthcoming governorship election in Edo state. He claimed that the APC will win the election.

On alleged plan to return as party chairman, Oshiomhole said it would be unthinkable for him to ‘re-sit’ a class he already served out from, adding “only ‘an empty brain’ would suggest that he was plotting a comeback.

He accused Lukman of making himself available as a willing tool in the hands of some elements within the party, who have some axe to grind with him.

While describing those elements as cowards, Oshiomhole said Lukeman had no electoral value which necessitated his appointment as DG of PGF as DG by the Chairman of the Nigerian Governors’ Forum (NGF) Kayode Fayemi.

“You see, what I want the media to interrogate, how does winning Edo…when I was removed as national chairman, Edo was APC…So do I have to win Edo to become the chairman? Do I look so unemployed? I’m 68.

“So, what they don’t understand is that it is not the office of chairman that made me who I am.”

“So, it takes an empty brain to suggest that Oshiomhole wants to stage a comeback to become the national chairman. For what? To go and do a resit?

“So, my attitude is not to reply the noise and it is coming from somebody who says he is an employee and appointee of Progressives Governors Forum.

“He is just like the cowards that are using him that are not able to come out. Otherwise, you should ask this guy, who is now an election expert.

“He contested for Senate against Makarfi, he lost. He even contested against Governor El-Rufai during the primaries and he lost before Fayemi unilaterally appointed him the DG.

“So, if he is now the spokesman abusing me and all of that, you want to drag me to his level? No!

“A gentleman does not wrestle with a pig, if you do you will always be stained and I don’t want to get into that,” Oshiomhole said.