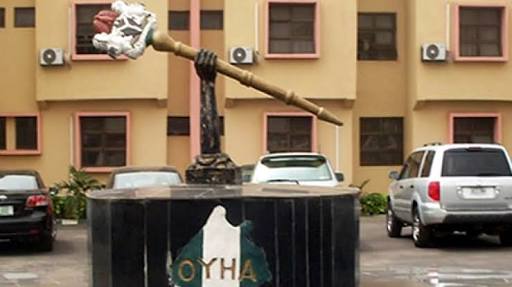 The Oyo State House of Assembly has given a 10-day ultimatum to the Caretaker Chairmen of the 33 local government areas and 35 local council development areas, to submit a comprehensive list of graders, bulldozers, flat-bed trucks and other earth-moving equipment in their domain or risk suspension.

Speaker of the Assembly, Honourable Adebo Ogundoyin gave the directive at its plenary held on Wednesday.

“This warning followed the failure of 95 per cent of the Chairmen to heed an earlier call from the Assembly on August 18 asking the comprehensive report in their councils be submitted.

“The hammer of suspension will fall on any Chairman that fails to submit the comprehensive report by October 23”.

According to the report presented by Chairman, House Committee on Local Government and Chieftaincy Matters, Honourable Ademola Popoola, only three local councils responded to the Assembly’s earlier call.
“Only Ibarapa Central local government area, Irepodun and Atisbo South local council development areas gave an account of the state of equipment in their domain ranging from functional to non-functional.

The committee report had noted the need for local government areas and local council development areas to imbibe good maintenance culture in the management and use of government equipment and property.

Contributing, the Deputy Speaker, Hon Muhammad Fadeyi decried the failure of the caretaker Chairmen to heed to the Assembly’s call as a slap on the legislature and one that should not be taken lightly.

The state representative from Saki West, Honourable Femi Julius also stressed the need for the Chairmen to be made accountable for their actions and inactions.

Tuesday’s plenary also saw the Assembly call on Governor Seyi Makinde to order an investigation into the killing of Jimoh Isiaka as well as the invasion of the Soun of Ogbomoso’s palace during the #ENDSARS protests that rocked Ogbomoso.

This call was contained in a matter of urgent public importance raised by Honourable Wumi Oladeji representing Ogbomoso North constituency.
She noted that the prosecution of persons behind the killing and invasion will serve as a deterrent to others.
Oladeji lauded the Inspector General of Police, Mohammed Adamu for listening to the cries of Nigerians by scrapping the Special Anti Robbery Squad (SARS) that was notorious for police brutality.
She, however, urged the IGP to ensure that the proposed Special Weapons and Tactics (SWAT) does not exhibit acts of brutality and incivility like the disbanded SARS.
While praying that the SWAT officers exhibit a high level of professionalism, she also noted that a complete overhaul of the Nigeria police force had become imperative.