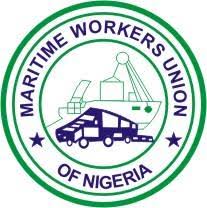 ‎The Maritime Workers Union of Nigeria has issued a seven-day ultimatum to the management of Intels, a company said to be linked to former Vice-President Atiku Abubakar, over the sack of 600 workers. ‎

The union asked the company to withdraw the sack letters issued to the 600 staff members and recall them immediately.

The affected workers were said to be in Intel’s Rivers and Warri operational areas.

The MWUN stated that the company, which was would face total shutdown of its operations nationwide, should management refuse to act accordingly.

The Secretary General of MWUN, Felix Akingboye, issued the threat in a letter to the management of Intels Nigeria Ltd in Onne Port through its Regional Human Resources Manager, Mr M. Ndon, and obtained by journalists in Abuja on Wednesday evening.

He said the company had of recent also declared 30 workers redundant.

Parts of the letter read, “Regrettably, however, we are informed that your management has terminated its contract with AMS, which has led to over 600 workers (who are our members) being declared redundant without due recourse to the union for the negotiation of their terminal benefits. Letters of termination/redundancy, we are informed, had already been served on the workers.”‎