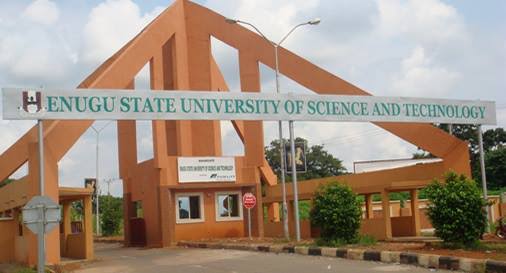 As tertiary institutions in Enugu State resume for studies on Oct. 19, 2020, parents have appealed to the management of Enugu State University of Science and Technology (ESUT) to review downward their fees.

The management of the institution had released to the students a list of tuition fees and other sundry charges and directed students to pay before the resumption date.

From the list of charges, the students are expected to pay from N125, 000 and above as tuition fee depending on the course and a development fee of N50, 000.

New students are expected to pay additional N15, 000 for matriculation gown and N3, 500 for medical.

Some parents who spoke on Monday to News Agency of Nigeria (NAN) in Enugu described the charges as outrageous.

Mrs Nkemjika Anike said that they had expected the institution to take into consideration the hardship occasioned by the Coronavirus (COVID-19) pandemic before arriving at the fees.

Anike said that it was baffling that an institution of higher learning owned by a government would charge such high fees.

“We are appealing to the management of the institution to reconsider their position on the fees because parents and guardians are not finding it easy,” she said.

Also, Mr Damian Eloka wondered why new students would be required to pay N15, 000 for matriculation gown when the institution was not holding the matriculation.

“One then wonders why the institution would charge such high fee for matriculation gown when they were not holding it,” he said.

Eloka decried the experiences of students who had gone to the bank to pay their fees, adding that the safety of such students was a source of concern.

“You need to see what students are passing through at the bank. The population of the students is just something else and the banks are not helping matters,” Eloka said.

When contacted, the Public Relations Officer of the institution, Mr Ossy Ugwuoti, said that there was nothing new about the fees the students were required to pay.

Ugwuoti said that people would always complain even if the fees were lower than it is.
“It is a decision of the university that every student is expected to pay the fees. Medical and law students even pay as much as N300, 000,” he said.

Ugwuoti said that both the tuition and development fees had always been like that.