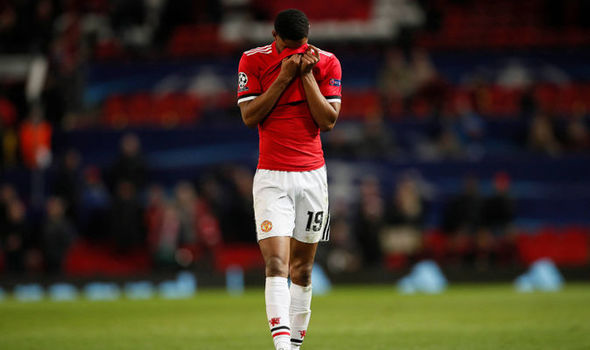 Sevilla wrecked Manchester United’s hopes of ending the season with silverware as they edged a hard-fought Europa League semi-final in Cologne.

United had already secured their place in the Champions League next season by finishing third in the Premier League, but their three-year wait for a trophy continues and a third semi-final defeat of the season exposed the work that still lies ahead of Ole Gunnar Solskjaer to restore the Red Devils to their former glories. 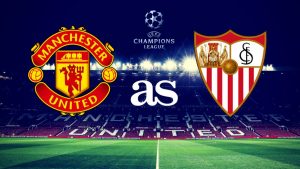 Sevilla have now won 25 of their last 26 Europa League knockout ties and will believe they are destined to win the competition for a sixth time when they face Inter Milan or Shakhtar Donetsk in the final after riding their luck.

Ole Gunnar Solskjaer’s side lost their third semi-final this season despite taking the lead when Bruno Fernandes scored their 22nd penalty of the season after Marcus Rashford was fouled by Diego Carlos.

United’s fate was sealed when they missed a succession of chances early in the second half as Sevilla keeper Yassine Bounou emerged as the hero, denying Anthony Martial several times. 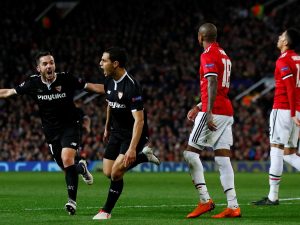 And Sevilla, who saw off Wolves in the quarter-final, secured their place in the final when Luuk de Jong swept home a cross from Jesus Navas with 12 minutes left, United punished for poor defending which led to recriminations as Fernandes confronted Victor Lindelof in the aftermath.