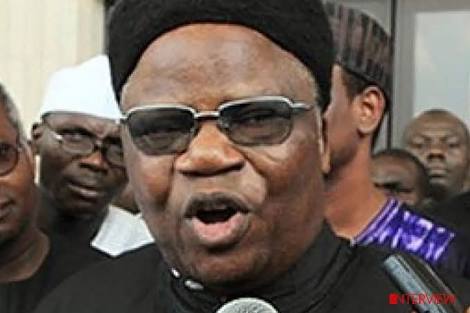 The title of ‘National Leader’ of the All Progressives Congress is not solely reserved for a former governor of Lagos State, Asiwaju Bola Ahmed Tinubu.

Tinubu is usually referred to as national leader of the ruling party.

But, speaking in an interview (with Daily Independent), Momoh, a former national chairman of the defunct Congress for Progressives Change, said the ruling party has five national leaders.

Momoh also listed himself among the leaders.

“Who says the title of national leader is reserved for Tinubu alone?

“But the fact is, if you call him national leader of APC, he merits it because if not for the coming of the ACN from the South-West into the alliance, Buhari from CPC wouldn’t have had the number in the area of spread to become the President,” Momoh said.

Continuing, he added, “Five people are always referred to as the national leaders of the party nationally until other people started joining.

“That is why they refer to three members of APC, Onu, Momoh and Akande as legacy chairmen of APC.”

However, Momoh observed that Tinubu’s role in the formation of the party cannot be denied.

“He (Tinubu) made a promise which he kept, to lead the battle for the emergence of Buhari as President,” he added.