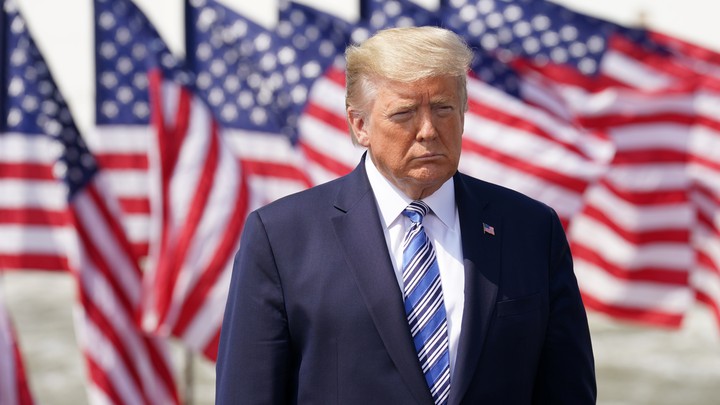 United State President, Donald Trump has described his main opponent for the White House, the Democratic Presidential nominee, Joe Biden as a ‘weak person’ whose election as president will cause a major revolution in the country.

“He’s controlled like a puppet. So it’s not going to be calm … They will have taken over your cities. It’s a revolution. You understand that. It’s a revolution and the people of this country will not stand for that.”

According to Trump, funding for the “revolution” is coming from “very stupid rich people that have no idea that if their thing ever succeeded, which it won’t, they would be thrown to the wolves like never before.”

On Monday, Biden accused Trump of further dividing the protest-ridden nation rather than unifying it and his words and messages were sowing chaos rather than law and order.

Biden’s remarks came after Trump and numerous Republicans repeatedly criticised him and the Democrats for not denouncing the three-month-long campaign of violence by the Antifa and Black Lives Matter movements in Democrat-run states and cities.

Republicans have said Democrats in those jurisdictions are trying to score political points in an election year by allowing the violent protests and riots and by refusing federal assistance that Trump has offered to quell the unrest.

Protests against police brutality and racism started in numerous cities in the U.S. after the death of African American George Floyd in police custody in Minneapolis on May 25.

In August, a new wave of protests started in Wisconsin and elsewhere in the U.S. after police shot 29-year-old Jacob Blake, an African American man, in the back seven times.

The incident, which occurred on Aug. 23, left Blake paralysed. Protests turned into riots complete with violence against police and civilians as well as acts of arson and destruction. (Sputnik/NAN)

Adesina takes oath for another term as AfDB President