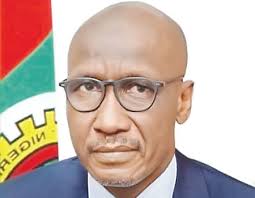 Why Petrol Subsidy was removed by Kyari

Even as Nigerians continue to grumble over the hike in the price of the premium motor spirit, (PMS), the Group Managing Director of the Nigerian National Petroleum Corporation, Mele Kyari says the removal of subsidy on petrol was not done to spite Nigerians but to check sharp practices in the system.

Lamenting that the system was fraught with high level fraud, Kyari said some unnamed cabals had perfected hi-tech fraud that needed to be controlled before they blew out of proportion, hence the removal of subsidy.

The NNPC GMD made the disclosure when he featured on a programme on Liberty FM, Kaduna.

He further explained that over N10tn was spent on fuel subsidy between 2006 and 2020 without significant impact on the Nigerian masses.

He said the beneficiaries of the fuel subsidy regime were the marketers who smuggled the subsidised product to neighbouring countries.

These marketers, he explained, made more profits with fake documents to collect subsidy for fuel they never imported.

He said fuel subsidy was the root of all the atrocities and frauds in the oil sector.

According to him, the government removed the subsidy with a plan to reinvest on projects that will have direct impact on the masses.

He said, “The crude oil is a global commodity and its price is not hidden. Everyone can calculate and know how much the cost of every final product from the crude at international market is.

“Since the inception of the country, the government has been paying subsidy on petrol to make it cheaper for Nigerians to buy below the cost price.