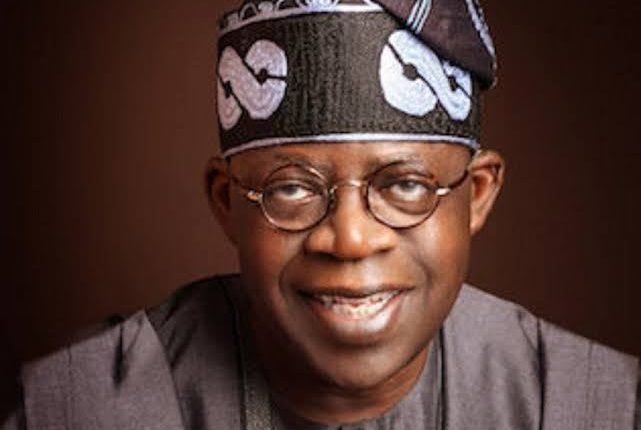 A political group under the ageis of Nigerians Unite 4 Tinubu (NUT) has disclosed that the clarion call being constantly made on the National Leader of All Progressives Congress (APC) and former Governor of Lagos State, Asiwaju Bola Ahmed Tinubu, by some of his allies and associates is due to the wishes of the Nigerian electorate as freely expressed by them.
This was made known by the Convener of NUT, Muhammed Mustapha Yusuf, while fielding questions from journalists during one-day retreat held at Ikeja, Lagos State.

He said the group conducted a survey in which Nigerians freely expressed their wishes in favour of Tinubu ahead of 11 other prominent politicians drawn from the southeastern and southwestern parts of the country.
Yusuf emphasised that NUT being a solidarity/support group for Tinubu’s presidential aspiration in 2023 was not formed until November 2019 after a scientific-based research was conducted, its results objectively analysed and the report put him (Tinubu) on 53.6 per cent and ahead of his closest contender, who had 21.3 per cent with 10 others far behind.
He added that outcome of the survey gave the group zeal to come together towards giving the project (Tinubu’s presidential aspiration) the best and desired shot.
“We aren’t surprised at all that the clarion call on our principal (Tinubu) is coming from every angle and increasing by the day because our survey has revealed so.
“We’re just waiting for the appropriate time to come out with our detailed findings because even the main subject (Tinubu) seems yet to be convinced. You would observe that he hasn’t said ‘yes’, though he also does not say ‘no’ as regards his presidential aspiration in 2023.
“We guess it is because he is a very thorough politician, who leaves nothing to chances when taking (political) decisions. Meanwhile, we aren’t bothered by his silence. Thus, we are already mapping out strategies towards his victories in the party primaries and general elections in case he says ‘yes’ afterwards.
“Part of the reasons why we’re here today for this retreat. There are many activities going on behind the scene and Nigerians would know about them as they unfold with time.”
Meanwhile, the group clarified the reason for not including other geopolitical zones of the country, apart from the South-East and South-West, among the politicians that featured in the survey’s report, stressing that they (other zones) didn’t meet the mandatory 10 per cent benchmark for proceeding from one stage to next of the research.
“It may be observed that politicians weren’t drawn from other geo-political zones of the country, apart from the South-East and South-West, in the survey’s report. This is because it (the survey) being a scientific-based research has mandatory 10 per cent benchmark that must be met before any geo-political zone could proceed from one stage to the next.
“In fact, this (10 per cent benchmark) is even far below the 25 per cent constitutional requirement. So since it is only the South-East and South-West that met the (our) requirement, the 12 politicians were drawn from there.”