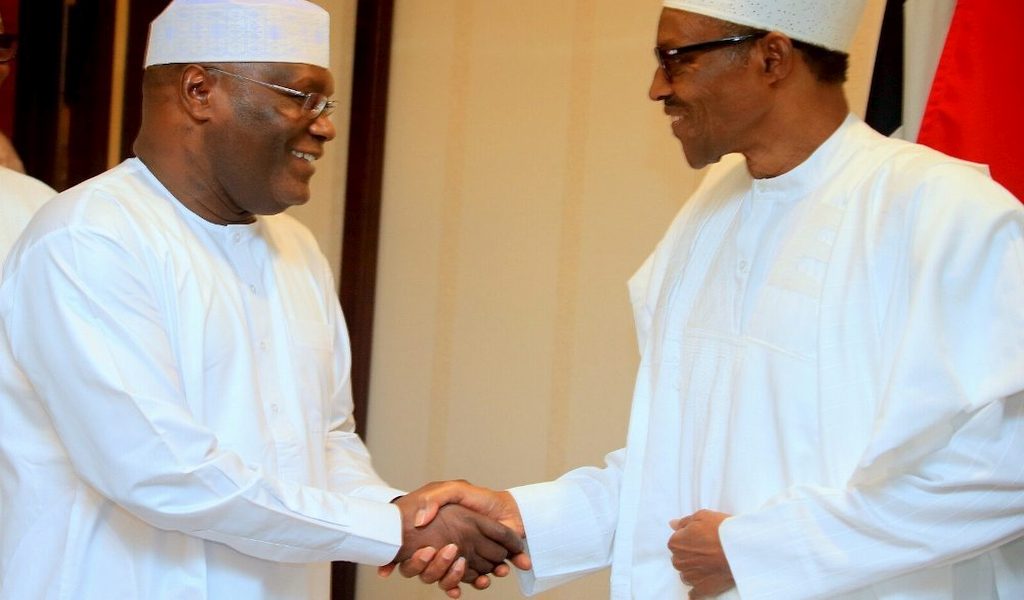 Former Vice President, Alhaji Atiku has described as the height of irresponsibility on the part of the President Muhammadu Buhari’s led administration to trade the nation’s sovereignty for the sole purpose of securing a loan from China to fund rail line contracts.

Atiku in a statement on Sunday issued by his media office said although there was nothing wrong in securing loans, but doing such for unproductive purposes would be a disservice to the country.

He also expressed worry over Nigeria’s rising debt profile, particularly since President Buhari took over the reins of governance in 2015, noting that from a total foreign debt stock of $7.02 billion on May 29, 2015, the nation’s foreign debt has risen to $23 billion.

According to the statement, “two months ago, the former Vice President of Nigeria and PDP Presidential candidate in the 2019 election, Atiku Abubakar patriotically called the attention of the country to the reality of reckless borrowing by the present APC administration and how the terms of those loans could compromise the future of the country.

“Expectedly, some managers of the party and even the government denied the allegations that he raised and also discounted the warning for caution.

“But, regrettably, just last week, a cabinet minister confirmed our fears. Now, we all are aware that Nigeria’s sovereignty may have been traded for foreign loans and God forbids our inability to service those loans, the lender country would take ownership of choice infrastructure on the Nigerian soil. No negotiation could be weaker than that!

“Nigeria had a total foreign debt stock of $7.02 billion on May 29, 2015. Today, our foreign debt is $23 billion and rapidly rising. Debt, by itself, is not a bad thing. But debt budgeted for such unproductive ventures, like the proposed $500 million upgrade of the Nigerian Television Authority and other sundry bogus contracts, is debt that leads to death. To trade Nigeria’s sovereignty for this type of profligacy is the height of irresponsibility!

“Atiku Abubakar has long advocated for a more robust engagement of the private sector and promotion of foreign direct investment as sustainable alternatives through which government could fund infrastructure development.

“But on the contrary, the Nigerian government under the banner of the All Progressives Congress threaded the direction of looking for cheap foreign loans in exchange for the sovereignty for Nigeria,” the statement read in part.”

Atiku who is also the Presidential candidate of the Peoples Democratic Party (PDP) in the 2019 election said the government of Olusegun Obasanjo’s “initiated a National Privatization Programme with the sole objective of ensuring that the private sector took some measure of influence in social investment portfolio and, in some instances, provided funding for infrastructure development.”

“There was nothing in that plan that traded Nigeria’s sovereignty for some cheap loans which, in the light of unfolding revelations of sleaze in some departments of government, would have ended in private pockets.

“The government of the day and the APC must apologize to Nigerians and make an admittance of guilt for taking the country through the throes of subjugation to another country.”