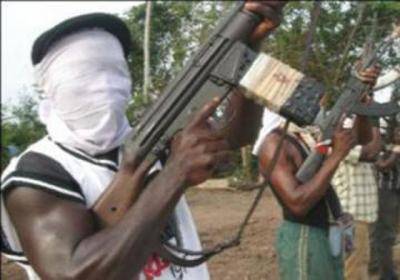 Boko Haram terrorists on Monday invaded the headquarters of Magumeri Local Government Area in Borno State and razed down the only functional telecommunications mast.

It was gathered that the ‎insurgents invaded the community at about 4:00 pm, and, despite attempts by the military to dislodge them, they succeeded in infiltrating the council headquarters.

He said, “At about 4:00 pm today (Monday), some heavily armed Boko Haram terrorists attacked our communities in Magumeri, and when the military airstrike was deployed to repel the attack, the insurgents succeeded and infiltrated the council headquarters.

“The terrorists razed down the only functional telecommunications mast which made it difficult to communicate with my people.

“My prayer is that Allah (God) in His infinite mercy will protect our innocent civilians against any harmful attacks from the insurgents.

“Just last week, many of my people living in surrounding villages of Magumeri were attacked and now displaced, after looting their foodstuff and domestic animals.‎”