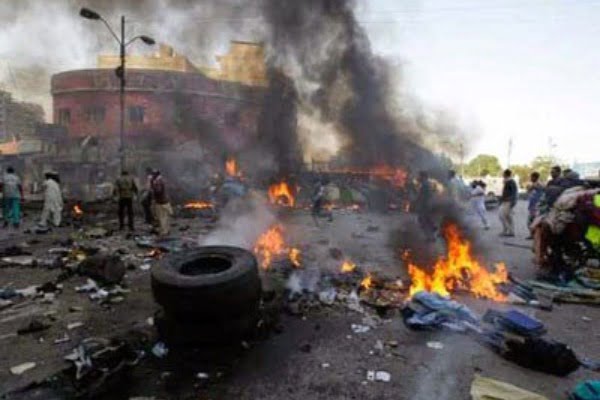 At least two persons have been killed, while 16 others sustained varying degrees of injuries when multiple explosions rocked various parts of Maiduguri, Borno State capital on Sallah eve.

Commissioner of Police in the state, Mohammed Aliyu however said only one person was killed in the attacks suspected to have been carried out by insurgents.

An account had it that one of the explosion occurred at around custom area, along Tashan Bama road at about 5.47pm on Thursday. Multiple RPGs were reportedly fired from different locations.

The sound of the explosions in Mairi, Custom and Gwange areas had made residents to scamper for safety.

The CP however said the actual cause of the explosions was yet to be ascertained but security operatives had been dispatched to the affected areas.

“We have dispatched our Explosive Ordinance Detection to investigate the incidents and to determine whether it was an Improvised Explosive Device.

“Right now, I am at the Specialist Hospital where we have 16 casualties and one dead so far.”

As at the time of filing this report, security personnel comprising the Army, Rapid Response Squad, Civilian Joint Task Force, and Nigeria Security and Civil Defence Corps were seen moving to the affected places.