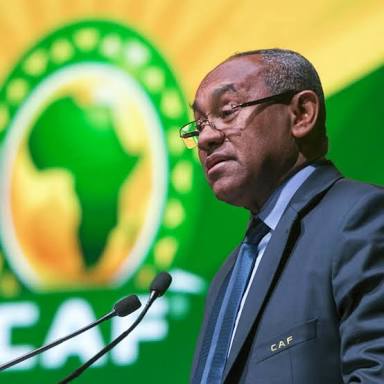 Chad were disqualified from 2021 Africa Cup of Nations qualifying Monday, the Confederation of African Football (CAF) said in a statement.
The move by the Cairo-based organisation follows the unexplained dissolution of the Chadian national football federation by the sports ministry in the central African country.
Chad were already bottom of qualifying Group A.
Namibia and Mali, who were scheduled to play Chad this week in the last two matchdays ahead of the tournament in Cameroon next January, were awarded 3-0 victories.

Mali have already secured a place at the 24-nation finals while Guinea are two points ahead of Namibia in the contest for the other place.
Guinea host Mali in Conakry on Wednesday and a victory will ensure a top-two finish while any other result would keep alive Namibia’s hopes.
The suspension of Chad will not affect 2022 World Cup qualifying in Africa as they have already been eliminated.