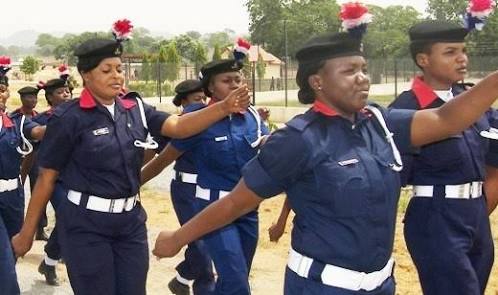 The 2 suspects, Aminu Mohammed, a k a Skylolo, 35 years old of Unguwar Digwal and Abubakar Safiyanu nicknamed R. Kelly, 40 years old, of Uguwar Malami all in Ajingi local government have confessed to committing the crime.

The two suspected rapists had in the course of interrogation reportedly confessed to NSCDC that they had canal knowledge of the girl in question.

A statement by the command’s spokesman, Asc Ibrahim Idris Abdullahi revealed that the duo of
Mohammed and Safiyanu confessed to assaulting the girl 4 and 3 times respectively.

He said the victim reported the matter herself to the divisional office of the NSCDC in Ajingi.

While parading the suspects, the state commandant of the corps, Abu Abdu Tambuwal assured that the suspects would be prosecuted in accordance with the provisions of the law when investigation is completed.

He stressed the corps’ readiness of ridding Kano out of these unscrupulous elements, admonishing parents to always be watchful of their wards.